Professor David Graham QC's thoughts on the recent calls for reform of English insolvency law - a time for moderate reflection? 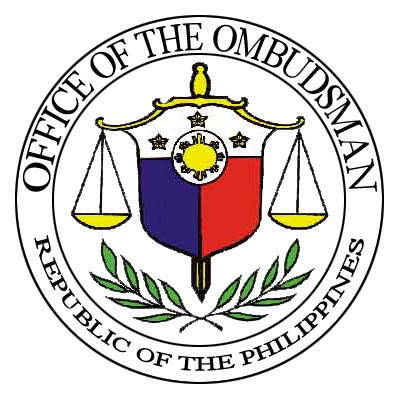 Professor David Graham QC notes:
"There has been a lot of press comment recently on the efficacy of the English and Welsh corporate insolvency legislation, particularly in light of the OFT's recent announcement that they are to conduct an investigation into corporate insolvency proceedings. Articles have appeared in, inter alia, The Times, The Telegraph, and Private Eye. It is perhaps not surprising that the practice of insolvency draws complaints, especially when what in essence we are discussing is profiting from insolvent estates. The layman, perhaps unsurprisingly, does not readily comprehend how this is achieved.
The insolvency industry comprises no less than eight Recognised Professional Bodies (RPBs for short but there are at least eight other acronyms), each with its own complaints procedure (See Professor Walter's work on this area here). The need for a comprehensive industry wide grievance mechanism was already recognised when the major insolvency reforms were introduced in 1986; despite the identification of the need for such a mechanism nothing has yet been done to address the issue; of course the magnitude of the problem having regard to the phenomenal growth in insolvency work in the intervening years, is more acute than ever. Parliament should give consideration to the establishment of an independent Insolvency Ombudsman Scheme (IOBS).
A recent publication by the British and Irish Ombudsman Association (BIOA) has much to teach the profession in terms of a sound approach to governance. BIOA outline six principles that provide a bedrock for principles of good corporate governance:
Bearing in mind the first principle, independence, there is perhaps something for Insolvency Practitioners (IPs) to learn from lawyers. The Law Society and the Bar Council have both recently fractured out their respective regulatory functions in relation to solicitors and barristers. Solicitors are now regulated by the Solicitors Regulatory Authority (SRA). Barristers are regulated by the Bar Standards Board (BSB). The Law Society and Bar Council now perform a function which reverts to their original nature, i.e. a collegiate organisation that represents members interests, much like the Association of Business Recovery Professionals (R3) in the insolvency world.
Surely the time has come to rationalise the insolvency complaints system so as to provide a clear and effective remedy for aggrieved parties (see. s.81 Bankruptcy Act 1914) including but by no means limited to, creditors, shareholders, and former officers.
Rather than have eight separate insolvency acronyms, consideration should be given to a new comprehensive body which could appropriately be named: Latest Insolvency Modernisation Brainstorm - Ombudsman (LIMBO)! We would welcome further less cumbersome suggestions!
In defence of the status quo
There are two sides to every coin. In the context of insolvency at least two things should be borne in mind in this regard. First, in many corporate insolvencies the directors are instrumental in appointing the IP officeholders. It seems strange for directors to then turnaround and carp about the way in which the IP they appointed has acted. It is perhaps because so often the dividends available for creditors are so poultry, perhaps even derisory, that creditors are all to frequently apathetic and wash their hands of the matter. Serious work needs to be done by the profession to demonstrate how their work produces realistic value for creditors in the light of published or other statistics.
If you were a creditor of Farepak, or any other similar species of company, you might wander what is going on. A similar story arose in the case of the XL administration (see DG's letter in The Times here and a response from Mr David Kerr of the IPA here - See DG's other Times letter expressing similar sentiments on the personal side of the subject here). Whatever the climate may have been in September 2008 at the time of the collapse of XL regarding the need for a comprehensive review of insolvency law the situation has been overtaken by events as indicated by the OFT's investigation referred to above."
Picture Credit: http://www.greenbaypressgazette.com/ic/blogs/preps/uploaded_images/1-750743.jpg