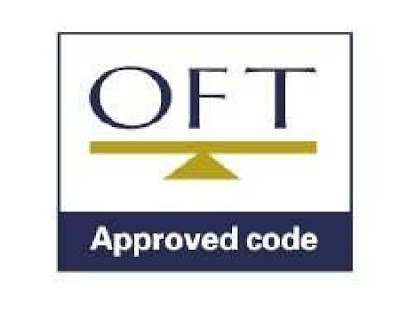 Against the backdrop of a personal insolvency pandemic, the supposed preponderance of pre-pack administrations, and such like, the Office of Fair Trading (OFT) have launched a market study into corporate insolvency. The OFT's press statement notes:

"The OFT has today launched a market study into corporate insolvency.

The study will look at the structure of the market, the appointment process for insolvency practitioners and any features in the market which could result in harm, such as higher fees or lower recovery rates for certain groups of creditors. It follows concerns raised within Government, including the Insolvency Service which is an executive agency of the Department for Business, Innovation and Skills, and the industry itself.

A recent World Bank report showed the costs of closing a business in the UK are higher than other countries with similar or even better recovery rates. A report by R3, the trade body for insolvency practitioners, also highlighted the cost of insolvency as a relative weakness of the UK’s regime.

The study covers the whole of the UK. Initially, we will collect and analyse data from interested parties including accountancy firms, law practices, government, regulators and trade bodies. The final duration and scope of the study will depend on the results of the initial phase. If the study does proceed to a second stage, the OFT expects to complete this by the end of 2010.

Clive Maxwell, OFT Senior Director of Services, said: ‘We want to identify any potential problems within the corporate insolvency market to ensure that firms and practitioners are competing freely and that the market is working well for the end consumers. Efficient insolvency services are an important component of a modern market economy.’

The OFT will be speaking to key parties directly. Others who wish to make a submission should write to: Corporate Insolvency Market Study, Office of Fair Trading, Level 4C, Fleetbank House, 2-6 Salisbury Square, London EC4Y 8JX."

This is an incredibly important development for the area and potentially marks the start point of a future large scale reform project. We might yet be seeing the genesis of Cork Two. The Association of Business Recovery Professionals (R3) have been quick off the mark with their response on behalf of insolvency practitioners (IPs). In a very interesting press release they have opined (my bold emphasis):

This ‘spotlight’ on fees should demonstrate the value Insolvency Practitioners bring when dealing with companies in serious financial difficulty.

“We welcome this chance to prove our worth and we are proud of what we do in terms of rescuing businesses and saving jobs. The report cited by the OFT, ‘The Value of the insolvency industry’ actually proves the UK has one of the best insolvency regimes in the world – in terms of high returns to creditors and speed with which businesses are turned around or closed down. This has a huge impact on the economic well-being of the country,” stated R3 Vice-President Steven Law.

We hope that this report will dispel some of the ‘myths’ surrounding insolvency and demonstrate that:

- In many cases, IPs don’t get paid as there are insufficient funds available

- IPs are personally liable for the work they do

R3 does question the assumptions behind this study. Whilst the UK should continually strive for an effective insolvency regime, there are just seven other countries in the world where the cost of closing a business is lower than in the UK (Finland, Japan, Denmark, Canada, Belgium, Singapore, Norway), yet recovering similar amounts. The UK outperforms the US on this criterion.

This report comes the same day as the Insolvency Minister Ian Lucas MP sets out the Government’s response to the Insolvency Service consultation on encouraging company rescue. He said “Despite the challenges faced by business in the current difficult economic conditions, the existing statutory framework for company rescue is performing well, and continues to compare well internationally.”

“At the time of a deep recession, the focus should be on encouraging company rescue as set out by Insolvency Minister today,” stated R3 Vice-President Steven Law."

The story has been picked up by the Wall Street Journal and The Times (which is particularly noteworthy not least because of the reader comments).
Picture Credit: http://scratch-dent-repair-hull.co.uk/assets/images/oft.jpg