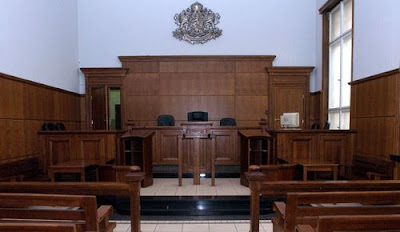 I am grateful to Mr Andrew Laycock of Carrick Read insolvency solicitors for providing the following guest post on Brook v Reed [2011] EWCA Civ 331 (25 March 2011):
"In practice, legal challenges to IPs fees are rare. The leading case in this area is Re Cabletell in which Bankruptcy Registrar Stephen Baister decimated the fees claimed by the administrators further to a challenge by the creditors in what was termed a "straightforward administration". The guiding principles of this case and the subsequent Practice Direction do however seem to have been clouded by the more recent decision in re Super Agurri when a number of the overriding principles established by Re Cabletell seem to me to have been eroded.
The whole area relating to fees in insolvency is is a hot potato. My experience of defending fee challenges has identified that the procedure of justifiable fee recording sits more easily with lawyers than accountants. Lawyers have been used to justifying fees rendered from as a result of the process of taxation (now assessment) of costs and have experience of how the courts will approach challenges to fees. This is however an alien environment for accountant IPs. Insolvency processes often involve a number of fee earners under pressure to produce billable hours. The requirements of the industry standard of SIP 9 schedules do not sit easily with lawyers used to specifying the actual work done against time entries. The SIP 9 schedule generated by most accountancy packages merely states hours spent by what level of fee earner on what type of activity i.e "creditors" or "trading". Whilst on this topic how are hourly charge out rates assessed? I have heard the basis for the hourly charge out rate claimed related to the hourly charge out rate of a competitor in the same location.
Some of the challenges in which I have been involved have emphasised the lack of experience in fee calculation and time recording of some IPs. In one particular case a costs draftsman prepared a schedule bill for a trustee officeholder and struggled to justify 50% of the fees charged. This was because the fee earner recording time had allocated time to files but not particularised the task which they had undertaken. For the purposes of a court challenge "dealing with creditors" would not be sufficient to satisfy a court that the work undertaken was justified.
Despite the above there are not many creditors prepared to risk challenging fees through the court process. Rule 2.109 (5) states that unless the court orders otherwise, the costs of the application are payable by the applicant. In these circumstances it is understandable that a concerned creditor is unlikely to challenge fees which he considers excessive if he will end up paying the costs in any event. I understand that there is a consultation process underway relating to this particular provision and amendment may be possible. .
There are other issues arising under the remuneration provisions of the amended Insolvency Act 1986. I have recently encountered a number of instances where administrators have scheduled meetings under paragraph 51 of schedule B1 to obtain fee approval resolutions from unsecured creditors rather than face the prospect of having their fee scrutinised and approved by secured creditors under rule 2.106 (5a). In the circumstances the administrators have relied upon the statement of affairs of the directors of the business which indicated a return to unsecured creditors when even a passing consideration of the asset position would have clarified the impossibility of any return. The problem for the secured creditor is that challenges under rule 2.109 have to be brought within eight weeks of the receipt of the report containing the details of the remuneration claimed and by the time distributions have been made and the shortfall has arisen the deadline for challenge will have passed.
The recent introduction of rule 2.109 probably also necessitates an amendment to the Practice Direction which appears to be directed at applications to fix fees rather than challenges. The procedure under rule 2.109 requires an application to be made by the creditor to the court followed by a summary determination of the application by the court as to whether the application should proceed. Such an application may have to be made on the limited information made available by the officeholder on a claim for fees rather than the detailed information required in the Practice Direction.. In normal circumstances it is to be hoped that the court would give directions that the IP should provide the information as set out in the Practice Direction before final determination of the application.
I have sympathy with the court's decision in Super Agurri on the basis that the liquidator challenging the fees of the previous administrators did not file any evidence or give oral evidence himself leaving this to his solicitor at the hearing. The end result seemed to have been that the onus on the IP specified in the Practice Direction to justify his fees appears to have been reversed. If only the challenge had been dealt with in the way the Bankruptcy Registrar had desired then the issues relating to challenges concerning IP fees would have been considerably clearer."
Picture Credit: http://www.sofiaecho.com/shimg/zx500y290_678247.jpg