Public Confidence and Insolvency: Statement of Insolvency Practice (SIP) 13 - do obligations on IPs extend to others in terms of public confidence ? 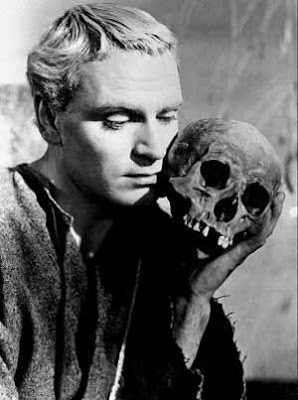 Recent critique of IPs by File on Four and the SNP has brought to mind SIP13 and the obligation on Insolvency Practitioners (IPs) not to assist clients in conduct that will, "undermine public confidence in insolvency procedures..." Does this duty of maintaining public confidence extend to other stakeholders at least to the extent that their critiques must be well founded and based on solid refereed research (i.e. REF standard work - unlike this blog!)? SIP13 obviously doesn't, but does the general sense of its aims?
SIP13 specifically notes in paragraph 4.1.1 in the context of advisor IPs that the IP is, "not accept instructions to assist a client in conduct which will undermine public confidence in the proper administration of insolvency procedures."
The Insolvency Service (IS), R3 and the Recognised Professional Bodies (RPBs) have various obligations, which they largely meet, in ensuring that there is public confidence in the insolvency system. They are able to meet this obligation because the insolvency system is by and large well managed and a credit to the reforming minds and Corkian objectives that have shaped it over the last forty years. To be honest it would be a bit of a worry if it was not considering the number of regulatory bodies, the numerous professional and academic commentators, and other interested parties. Numerous commentators much more authoritative than myself (i.e. the House of Commons in the Business and Enterprise Committee's 6th annual report) have recently expressed wholesale praise for the IS and their work. The OFT also offered positive support recently. The IPA, as a disinterested watch dog observer, are also generally happy with the status quo and have been since their inception.
The maladies to which irresponsibly ill-informed commentators point are aberrations. It is easy journalism to bang on about miscreant IPs somehow extrapolating the activities of a few bad apples to the whole profession and by implication the insolvency system. If we are going to have critique let it be disinterested or at least let us have some evidence to support contentions that seek to undermine an essential part of our commercial law before aspersions are cast.
Hamlet once proclaimed, "Oh reform it altogether." (pictured - see: 3.2.1-36). We are nowhere near that stage with our present insolvency system (unlike the position in the late 17th and early 19th centuries), despite some ill-informed, under researched comment to the contrary. No scholar and disciple of the work of Mr Basil Montagu QC and Sir Samuel Romilly QC (as I am) could for one minute countenance the idea that we should not constantly be on the look out for opportunities for reform. But in so doing we must caution against critique of that which already exists which works well, a point I have made at length elsewhere.
Picture Credit:  http://3.bp.blogspot.com/_B5GIG078YFU/TGxXg15Z65I/AAAAAAAAA3Y/2QLuuoeNjt0/s1600/hamlet48.jpg