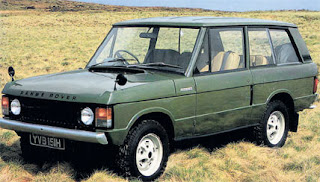 There are a number of entries in the Peerage and MP Ledger which indicate that bankruptcy proceedings were brought against various MPs and peers but that they were eventually dismissed. George Ivar Louis Mountbatten, the 4th Marquess of Milford Haven (born 6 June 1961) is a good example of this. The 4th Marquis is a descendant of Pushkin and Catherine the Great and is the Queen's cousin. His heir is Henry Mountbatten, Earl of Medina. Lord Milford Haven's ledger entry notes:

Apparently the debt arose from an unpaid bill for a Range Rover (pictured). Lord Milford Haven has had no money issues of late. He founded uSwitch in 2000. The company was sold to the American media firm EW Scripps in March 2006 for around £210 million.
Picture Credit: http://images.drive.com.au/drive_images/Editorial/2007/04/23/22range_m_m.jpg