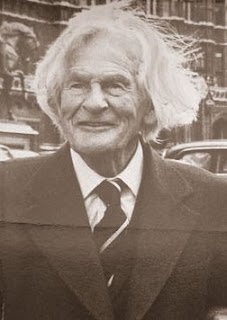 Edward Fitzgerald, His Grace the 7th Duke of Leinster (1892- 1976 - pictured) appears in the Peerage and MP Ledger on a number of occasions. The 7th Duke of Leinster, the holder of a ducal seat regarded by the Lord Falconer as equivalent to Irish royalty (being the highest ranking peerage in Ireland as the premier Dukedom in the peerage of Ireland), was born on 6 May 1892. From that date until 1922 he was known as Lord Edward Fitzgerald. He was the son of Gerald FitzGerald, 5th Duke of Leinster and Lady Hermione Wilhelmina Duncombe. He was educated at Eton College. The Duke fought in World War I as a Lieutenant on the 8th Services Battalion, West Riding Regiment and later the Irish Guards. He also fought in the Second World War between 1939 and 1942. The Duke married four times and it has also be suggested that he conducted an affair with Wallis Simpson, later the Duchess of Windsor. The 7th Duke died on 8 March 1976 aged 83. He committed suicide by an overdose of nembutal.
The 4 February 1922 was an important date for Edward as it was on that date that he became:
The Duke's financial problems lay perhaps in his compulsive gambling. As one commentator has observed, "He squandered a substantial inheritance and became known as the bedsit Duke." The Duke's entries in the ledger state: