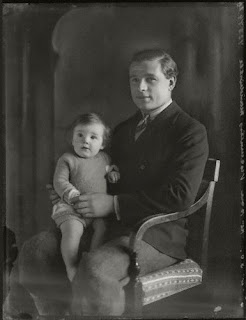 One of the highest ranking members of the aristocracy who appears in the Peerage and MP Ledger has to be his Grace, the most noble, William Angus Drogo Iznaga Montagu, the 9th Duke of Manchester (the Duke). His grace the Duke was not directly related to his namesake, Mr Basil Montagu QC (1770-1851), the father of modern insolvency law. This alternative group of Montagus forms a separate dynasty related to the Earls of Sandwich.
The 9th Duke of Manchester was born in Kimbelton, Ireland, on the 3 March 1877. He died in Seaford, Essex, on the 9 February 1947. During his lifetime he was known as the Lord Kimbolton from 1877 to 1890 and from 1890 until 1892 as the Viscount Mandeville. The Lord Kimbolton was educated at Eton and Trinity College, Cambridge. Following his accession to the Dukedom, his Grace took the Liberal whip in the House of Lords eventually becoming Deputy Chief Whip. His Grace also became a Captain in the Lancashire Fusiliers.
Debt and attempts to avoid impecunity featured heavily in the 9th Duke's life on various occasions. According to one commentator (Professor Sir David Cannadine) the 9th Duke engaged in excessive spending. Apparently the previous two Dukes had done likewise. Consequentially, the family's fortune was completely exhausted, "culminating in the sale of the family's lands during the tenure of the Tenth Duke." (See further: Cannadine, D. The Decline and Fall of the British Aristocracy. 1990, at page 403.) Cannadine continues: "The Ninth Duke spent much of his life abroad, evading creditors, seeking out wealthy consorts, and attempting to extract money from wealthy acquaintances." This set of circumstances may account for why the 9th Duke features in the Peerage and MP Ledger on no less than three occasions. The entries appear in the following terms (first at page 2):

The second entry appears at page 28 in the following terms:

The third entry appears at page 29 in the following terms:

The 9th Duke has featured in the law reports in cases as recently as 1987. In Re Montagu's Settlement Trusts, Duke of Manchester v National Westminster Bank Plc [1987] Ch. 264; [1987] 2 W.L.R. 1192, Sir Robert Megarry VC had to consider the issue of constructive trusts in the context of the transfer of chattels from the 9th Duke to the 10th Duke (pictured with his own son the future 11th Duke). The 9th Duke has also appeared in:
The Dukedom has suffered some recent problems and upset.
Picture Credit: http://1.bp.blogspot.com/_dHMUkWjxiWM/Szr0cQQvZOI/AAAAAAAADFQ/4AOsBFxPLog/s1600-h/Duke+of+manchester.jpg