Corporate Insolvency Reform - down under! 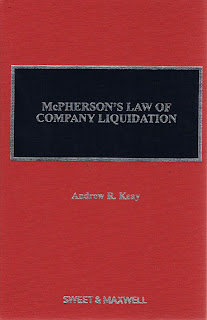 The reform package contains a range of reforms directed at reducing the costs and complexity of insolvency administrations; improving communications with creditors; and reducing the potential for abuse of corporate insolvency law. The reforms will include the adoption of substantially all of the recommendations made by CAMAC in its Issues in external administration report.

The Government will also amend the Corporations Act to reverse the effect of the High Court's decision in Sons of Gwalia v Margaretic which determined that, in a corporate winding up, certain compensation claims by shareholders against the company were not subordinated below the claims of other creditors.

'Any direct benefits to aggrieved shareholders arising from non-subordination are outweighed by the negative impacts on shareholders generally as a result of restrictions on access to, and increases in, the cost of debt financing for companies,' Minister Bowen said.

'The Government also remains concerned that the Sons of Gwalia decision has the potential to further increase uncertainty and costs of associated with external administration.

'The decision has also been taken in light of the decision's potential negative impact on business rescue procedures.'

Minister Bowen also released a discussion paper on the operation of Australia's insolvent trading laws in the context of attempts at business rescue outside of external administration. The paper outlines possible options for reform.

'The Government is committed to ensuring that Australia's corporate insolvency laws are capable of meeting the challenges arising from the global economic downturn,' Minister Bowen said.

'Informal work-outs play an important role in business rescue and therefore the protection of the shareholders, creditors and employees of distressed businesses. The use of formal insolvency reorganisation procedures is not always appropriate.

'It is important that Australia's insolvency laws complement and assist the conduct of informal work-outs.'

The paper sets out three possible options: to maintain the status quo; to adopt a modified business judgement rule in respect of the director's duty to avoid insolvent trading; and to adopt a mechanism for invoking a moratorium from the insolvent trading prohibition while work-outs are attempted.

Submissions may be lodged electronically, by post or facsimile. Please direct submissions to:

The closing date for submissions is 2 March 2010. Further information on these reforms is available at www.treasury.gov.au."

Whilst on the subject of corporate insolvency and Australia, I have recently come into the possession of the 2nd UK Edition of McPherson's Law of Company Liquidation (pictured) by Leeds University's Professor Andrew Keay. It is well worth the purchase price and is a work of extremely thorough scholarship. As well as copious references to English and Welsh authority there are numerous references made to Australian decisions. There is also a thorough sprinkling of academic articles and other sources throughout the text as well.