Time Called on Bankrupts according to the Government BIS news service 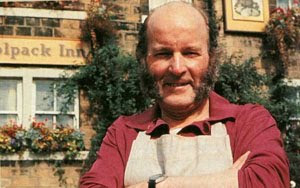 The BIS news service has posted up an interesting piece on some naughty bankrupts. They will not have their bottoms displayed like in Padua, but they will be punished. The news story is entitled: "Time Called on Bankrupts." It notes:

"Two bankrupt former pub owners from Warehorn, Ashford have been given suspended prison sentences after failing to tell the Official Receiver that they had sold their pub and fled to Spain with the profits, following a prosecution by the Department for Business, Innovation and Skills.
Lynda Anne Parker and Graham Richard Hornigold, former owners of the Woolpack public house plead guilty to offences under the Theft Act 1978 and the Insolvency Act 1986 at Canterbury Crown Court.
Despite owing creditors almost £46,000, Parker and Hornigold sold their pub in March 2002 making a profit of over £200,000 and fled to Malaga in Spain where they set up home.
Despite a warrant being issued for their arrest in 2005, the pair were only brought into custody on 29th January 2009 on their return to the UK.
On Thursday 10 December, Parker was sentenced to four months imprisonment, suspended for 12 months and Hornigold was sentenced to 9 months imprisonment, also suspended for 12 months.
Business Minister Pat McFadden said:
“We are determined to crack down on cheats like these who profit by deception.
“When someone acts in this way they are effectively stealing from honest creditors, who are owed money and can suffer as a result.
“This prosecution sends a clear message to would-be fraudsters that they won’t get away with it.”
Whilst passing sentence, His Honour Justice Ellis said: "Both of you are a disgrace, to each other and your family. “You currently do not have any funds, but if funds were to be discovered then you would be expected to make payments.”