More on Music, Bankruptcy and Insolvency - Some snippets from Gilbert and Sullivan 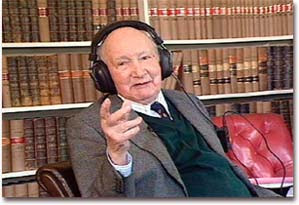 I have touched on the subjects of bankruptcy and debts as they feature in song on this blog before. The Lord Denning OM is pictured on the right enjoying a couple of the tunes I mentioned. Another commentator (Top Five Law) has provided a list of the top 10 bankruptcy songs:

Gilbert and Sullivan were perhaps a bit more subtle in their references to the insolvency jurisdiction in their many famous operas. In Utopia, Limited Mr Goldbury sings:

"If you come to grief, and creditors are craving,
(For nothing that is planned by mortal head
Is certain in the Vale of Sorrow-saving
That one's Liability is Limited),--
Do you suppose that signifies perdition?
If so you're but a monetary dunce--
You merely file a Winding-Up Petition,
And start another Company at once!
Though a Rothschild you may be
In your own capacity,
As a Company you've come to utter sorrow--
But the Liquidators say,
"Never mind--you needn't pay,"
So you start another company to-morrow!
CHORUS.
But the Liquidators say, etc."

In the Gondoliers the following exchange occurs:
Picture Credit: http://www.stevencarrigan.com/blog/uploaded_images/lord-denning-786277.jpg