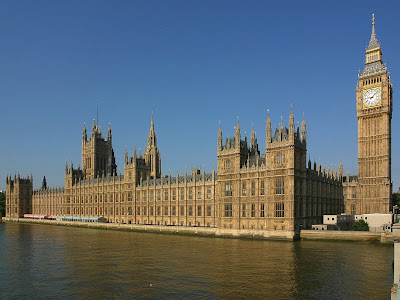 I recently put up a post on the new All-Party Parliamentary Group on insolvency. R3 have now issued a press statement on the group. This is particularly noteworthy as it names the MPs and peers who are involved in the group. The R3 notice states:

"The current recession has brought to the fore concerns about insolvency and the possible impact on individuals and businesses in financial trouble. MPs’ experiences in constituency surgeries has proved to be the catalyst in the setting up of a new All-Party Parliamentary Group on Insolvency whose aim is to facilitate MPs understanding of debt issues to support their work with constituents.

The Group, which is being supported by insolvency industry trade body R3, is being chaired by Natascha Engel MP (North East Derbyshire) who says;

“One of the really worrying things is that the word ‘insolvency’ terrifies people to such an extent that it puts them in denial.  I see a lot of small businesses in surgery who have got two days before the end, and they don’t know where to go. They have so little time to turn things around, and are not aware of existing networks of support out there. Insolvency is a non-partisan issue and the APPG will reflect that.  We want this APPG to be a ‘broad church’ and join together Insolvency Practitioners, Business Link, the local Chamber of Commerce, Citizens Advice and the Federation of Small Businesses into a local network. We need to take away the terrible stigma that’s attached to insolvency and make people understand that what insolvency practitioners are actually about is preventing insolvency.”

During the next few years, the APPG will act as a resource for Parliamentarians who are interested in knowing more about how insolvency is likely to affect their constituents and the wider economy. The APPG will also aim to act as a forum for discussion between Parliament and the Insolvency industry on issues such as personal and business financial failure, business recovery, turnaround and restructuring.

A reception to mark the formal launch of the Group was held on Wednesday 15 July between 4pm and 6pm in Dining Room B of the House of Commons. A simple guide for MPs to explain insolvency procedures and where they can get advice and help for constituents in financial trouble is also available."

The APPG Members are also listed by r3:

It will be interesting to see how this group engages with all stakeholders in the insolvency world, i.e. creditors, debtors, insolvency solicitors and barristers, insolvency practitioners, debt charities and so on. Austin Mitchell has a long record of speaking up for the debtor, so there should be a good balance in the group in this regard. Dr Cable has also spoken on these issues before, but in a way that will not please insolvency solicitors!  The first stage must be the setting down of the terms of reference of the group and proposed activity for evidence gathering and such like. What do they know about the subject? Who is advising them? What are they actually going to do? This is an exciting development for insolvency law and policy and one which will be watched with a close eye by many.