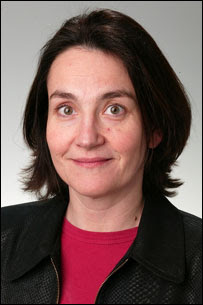 The Telegraph is reporting that a new Parliamentary task force on insolvency is being launched. Helia Ebrahimi's story is so important that I reproduce it below in full:

The group has been set up in response to fears about the steeply rising tide of insolvencies and controversial issues such as the use of pre-pack administrations.

Ms Engel said: "Insolvency is one of those serious and non-partisan issues and in Parliament and in the country we need to understand it much better. You do not have to be a Tory, Lib Dem or Labour voter to experience insolvency, it cuts across all parties."

The all-party group was put together in consultation with the trade body R3, the Association of Business Recovery Professionals. It has 23 members, drawn from the three major political parties, including Conservative Peter Bottomley, representing a powerful forum.

The necessity of the new all-party group was underlined by the latest quarterly research from business recovery specialists Begbies Traynor which showed the rate of growth of companies with significant and critical financial problems rising sharply year on year.

Some 196,647 firms were hit financial difficulty in the second quarter of the year, a big rise on the 137,946 which received a Begbies' Red Flag Alert in the same period last year, with recruitment and manufacturing sectors particularly hard hit.

Though the rate of growth of companies flagged slowed quarter on quarter for the second time, Nick Hood, a partner at Begbies said that the outlook remained incredibly bleak. "The numbers have gone down because banks and private equity are failing to take action to avoid crystallizing losses and the Revenue is allowing companies lots of slack. Q3 will probably be quiet but the fourth quarter painful and Q1 2009 will be catastrophic."

Mr Hood welcomed the all-party group. "There is gross ignorance about insolvency and how it works on a practical basis and the Government recognizes that awareness needs to be raised," he said."