Bankruptcy and Debt as the subject matter of song 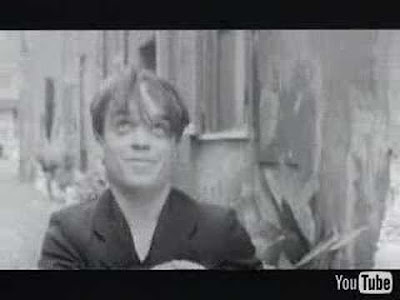 Last week I blogged on bankruptcy as it has featured in games (with particular reference to monopoly). During an idle moment (whilst listening to ITunes) I began thinking about other unlikely contexts for our subject. As I was listening to some music the medium of song immediately sprang to mind. Many subjects have received musical treatment, i.e: the subject of unrequited love (U2's 'All I Want is You' hero pictured); ghosts; drugs; shipping; piers; unjust causes; travel; sisters; working hard; tummy ache; relationships; prison; pets; older women; rugby, soldiers; and such like. But what about bankruptcy and debt?
The subject of bankruptcy has received some musical treatment. Dr Hook released an album called 'Bankrupt' There are no songs about bankruptcy however on the album. Ryan Stiles' performance in Drew Carey's Bankruptcy Song is particularly amusing. The subject of debt has also received some musical treatment. Pina's Debt Song is a very good example of this. The Muppets have addressed the opposite end of the spectrum. See Dr Teeth's (the greenback collectors) song 'Money'. Debt has been addressed in song by Monty Python ('Its accountancy that makes the world go round') and Pink Floyd.
Picture Credit: http://bankruptcyandinsolvency.blogspot.com/2009/11/bankruptcy-in-game-of-monopoly-subject.html