Insolvency as a 'nascent' area - the new Lord Mayor of London is an insolvency man! 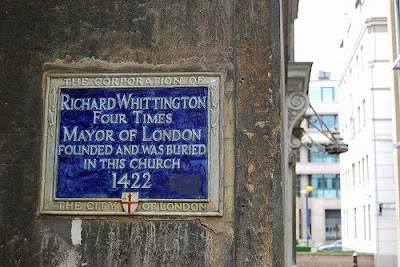 There has been a a relatively long history of insolvency men being involved in the administration of the City of London Corporation. The Times has reported that the latest incumbent of the post of Lord Mayor of the City of London, Mr Nick Anstee, (as opposed to Bozza (aka the Berserker/Giant Haystacks) the Mayor of London) is "a local accountant with corporate finance and insolvency experience...[whose]...career took him into insolvency practice, then in its infancy, and then into the equally nascent area of private equity, where he worked with industry titan Jon Moulton when at Schroders." Nick Anstee goes on, "“I’ve been beautifully hedged between corporate finance in the boom times and insolvency in the bad times. That workload kept me going — it gave me perhaps a little bit more job security than others.” That security was to evaporate. He was at Arthur Andersen and moved with many others to Deloitte & Touche in 2002 after the Enron scandal sank the firm."
The link between insolvency and the Lord Mayor of London is not nascent. There is a long history between our subject and the Lord Mayor. The famous Sir Richard Whittington (c. 1354–1423) four times Mayor of the City of London, introduced a number of insolvency related reforms in his Liber Albus (1419), in the fifteenth century, and no right thinking individual can of course forget the contribution of both Sir Kenneth Cork and his son, Sir Roger Cork as successive Lord Mayors of London. Long may the association continue!
Picture Credit: http://farm4.static.flickr.com/3662/3607688665_f49a2ae29f.jpg?v=0