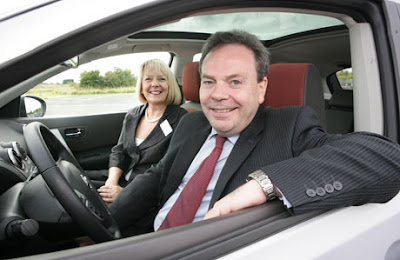 Mr Ian Lucas MP (pictured) has announced the results of the Encouraging Corporate Rescue consultation process. His ministerial statement and a summary of the consultation responses can be seen on the Insolvency Service's (IS) website here. In his statement Mr Field observed (my [bracketed] comments and bold emphasis):

"I am setting out today the Government’s response to the recent Insolvency Service consultation on Encouraging Company Rescue.

In launching the consultation, the Government identified the importance of maintaining an effective and fair corporate insolvency framework that enables viable businesses facing temporary difficulties to turn themselves round, helping to preserve jobs and livelihoods. The consultation document invited views on a number of possible measures to further enhance the existing regime, including moratoria for companies that need a breathing space in order to agree restructuring proposals with their creditors, and measures to promote increased access to rescue finance.

More than fifty businesses, individuals, and representative bodies responded to the consultation. The majority of respondents supported the Government’s view that despite the challenges faced by business in the current difficult economic conditions, the existing statutory framework for company rescue is performing well, and continues to compare well internationally. [perhaps not according to the OFT? - see last post!!]

The moratoria proposals were broadly welcomed. Respondents made a number of helpful comments and suggestions as to how the potential benefits could be maximised, whilst minimising the risks to creditors. The Insolvency Service will be taking forward more detailed development of the relevant proposals over the coming months, building on feedback received from the consultation.

In relation to rescue finance, the views of respondents were more divided. A number suggested that in practice the availability of new finance for companies seeking to restructure was less of an issue than had been indicated, and that the need for legislative change was not apparent. Stakeholders also recognised the need to balance the benefits of possible legislative changes against some of the risks, particularly if changes had a negative impact on the behaviour of lending institutions towards businesses in general. Having considered the consultation responses on this issue, the Government has decided that it will not for the moment be taking forward the finance-related proposals. We will however continue to work with stakeholders to monitor the position going forward..."