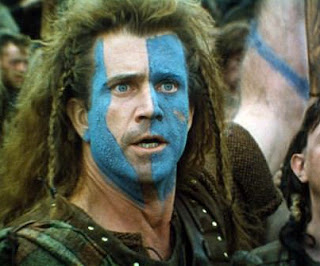 It is a case of supreme bad timing for IPs. Just as one of the country's most high profile IPs is fined by his profesional body, the Scottish National Party (SNP) launch an attack on the profession for dilatoriness and "cashing in." We have been here before with Andronikou issues, and with ill informed and populist attacks on IPs. On the beleaguered Portsmouth FC administrator Accountancy Age are reporting that;
"Andronikou agreed an ICAEW investigation committee consent order to be reprimanded and fined £500. He was also asked to pay £2,167 of costs...The complaint... refers to a SIP 16 report that administrators must file after a pre-packaged administration. Andronikou was reprimanded for a SIP 16 report he submitted in October 2009, which failed to include sufficient information regarding; an independent valuation of a business and its assets; his involvement prior to his appointment; and why a pre-pack was undertaken."
The size of the fine might not trouble Mr Andronikou's wallet, but "the public" might see it as being rather on the low side. Do the ICAEW really think that a £500 fine is sufficiently punitive? At the same time that this is occurring it has been reported that the SNP want to see reforms to the insolvency industry because, inter alia, too many creditors are dying before they are paid. At the risk of sounding flippant, a great number of people peg out before they receive something they are expecting. I will no doubt peg out before I received my long awaited Dukedom - unsecured creditor payments and the creation of non-royal dukedoms being equally likely! Will the SNP's campaign come south of York (unlike Sir William Wallace's 1297 campaign - pictured) or will their IP complaints be Scotland focused meaning that only Scottish IPs get an ear bashing? Mike Weir's Herald Scotland article is well worth a read as it contains some interesting statistics on dividends collected and pay out timings.


The SNP do seem to have missed one key provision and driving force behind the policy of the corporate side Enterprise Act 2002 reforms. Schedule B1, paragraph 4 of the Insolvency Act 1986 notes, "The administrator of a company must perform his functions as quickly and efficiently as is reasonably practicable." As Professors Sealy and Milman observe at page 515 of their 2010 annotated guide; "This provision may have been inserted to meet criticisms that, in contrast with receivership, the administration procedure is relatively more slow, formal and expensive." There is no doubt that the one year time limit on the duration of administrations has also helped to expedite the process since its reformed enactment in 2004 - seven years ago!


The SNP have also failed to consider the general ethos of speed and efficiency which the CPR hold out in the general arena in terms of legal matters. As the recent Court of Appeal judgment in Standard Bank plc v. Agrinvest International Inc, The Times, January 10, 2011, shows, the courts are keen to see legal business dealt with expeditiously in line with the overriding objective.
Picture Credit: http://popdynamite.com/wp-content/uploads/2009/04/braveheart.jpg