The end of directors' appointees? - In the matter of Med-Gourmet Restaurants Limited and in the matter of the Insolvency Act 1986, Case No. 7680 of 2010 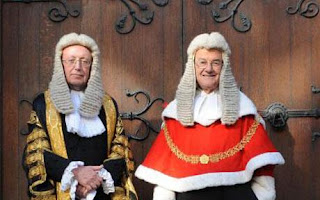 
As the learned judge notes, "The two applicant directors, Jack Farhi and Mark Rubin, have nominated Andrew Andronikou and Peter Kubik of UHY Hacker Young. This is opposed by a number of creditors whose have put forward Finbarr O’Connell and Nimish Patel of Re10. This opposition is led by Beatrix Silvano who represents a Jersey company, Ostuni Investments Limited (“Ostuni”). Ostuni is supported by creditors to the value of approximately £740,000. The directors’ choice is supported by creditors to the value of approximately £1.65 million which includes claims by one of the directors, a former director and members of their families....In this case therefore, a majority of the creditors by value back UHY Hacker Young whilst the majority of creditors by number back Re10."
The learned judge the goes on to note that where there is a conflict between the choice of the proposed administrators between directors and creditors the authority of Oracle (North West) Limited v Pinnacle Services (UK) Limited [2009] B.C.C. 159 is instructive. In that judgment the choice of the creditors prevailed over the directors’ nomination. He goes on to note however that, "Where there is a conflict between two groups of creditors, in my judgment the majority of creditors do not have an absolute right to choose the administrators."


The judge then turns to Fielding v. Seery & Anor [2004] BCC 315 to support this proposition. This is a liquidation case. In that judgment His Honour Judge Maddocks noted that, "although the majority of the creditors will in the normal course prevail, creditors holding the majority vote do not have an absolute right as to the choice of liquidator."
Mr Justice Lewison then notes (at paragraph 9) that, "In my judgment...the same broad principles apply in both liquidation and administration." This comment followed discussion of counsel's argument, the broad tenor of which is that liquidation and administration served different statutory aims. He goes on, "The appointment must achieve justice between all those who are interested in the outcome of the administration. The office holder needs to both act and be seen to act in the best interests of creditors and to properly investigate all claims. Justice must not only be done but must be seen to be done."


There then follows a number of points regarding the alleged conduct of some of the directors and one of the proposed officeholders in relation to a debenture instrument, namely, Mr Andronikou. The judge notes, "Mr Andronikou says that he was not aware of the debentures and could not have discovered their existence by carrying out a company search." I will divert briefly for a moment here. This debenture proposition seems very strange. What about section 743 of the Companies Act 2006 which states:

743 Register of debenture holders
(1) Any register of debenture holders of a company that is kept by the company must be kept available for inspection–
(a) at the company's registered office, or
(b) at a place specified in regulations under section 1136.
(2) A company must give notice to the registrar of the place where any such register is kept available for inspection and of any change in that place.
..."

Section 860 of the Companies Act 2006 may also be relevant here as it relates to charges created by a company. These must be registered to be perfected. Did these provisions not provide Mr Andronikou with access to the information that he required? Back to the case. It is noted by Mr Justice Lewison that the failure by the director to put Mr Andronikou in possession of the full facts leads to the a troublesome position, namely, "It is of concern that Mr Andronikou's confidence in Mr Farhi has not been affected by what he has now discovered...he intends to put Mr Farhi in charge of the running of the business notwithstanding that he knows that he was not given the full picture by Mr Farhi." The learned judge then concludes his judgment by stating:

"There are a number of aspects here which require serious investigation. The creditors must have confidence that they will be investigated with appropriate vigour. If the only concern was a commercial issue then the views of the majority of creditors in value would have to prevail. Where there is a question of the need for investigations to be carried out with due vigour, there is a public interest issue in ensuring that the investigations take place properly. In my judgment the principles set out by His Honour Judge Maddocks apply to administration and Mr Andonikou’s reliance on Mr Farhi and his continued confidence in him even when he discovered he had not been given the full picture means that creditors cannot be satisfied that Mr Andronikou would deal with this matter appropriately...In all the circumstances I appoint Messrs O’Connell and Patel."
It could be argued that the Fielding judgment is a powerful and underused tool and that Mr Justice Lewison's use of the authority in Med-Gourmet has proved this contention. One interesting point arises from the judgment, namely, would the Fielding principle have applied if Mr Andronikou had not acted as he did?  If yes, is it the end of permitting directors to vote in their own insolvencies?  This issue has been debated at length in the LinkedIn Insolvency area. I am grateful to my co-blogger (Stephen Hunt) for bringing this case to my attention.
Picture Credit: http://i.telegraph.co.uk/telegraph/multimedia/archive/01217/lord-judge_1217847c.jpg