Is suicide more common than murder in corporate insolvency? 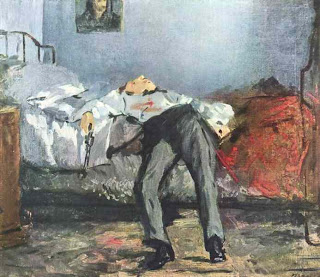 In the 2006 edited collection Company Charges: Spectrum and Beyond (Getzler, J & Payne, J (Eds). Company Charges: Spectrum and Beyond. Oxford University Press, Oxford, 2006) UCL's Professor Robert Stevens provides a memorable turn of phrase on the volume of different corporate insolvency procedures in his contribution (Chapter 7 - Robert Stevens: Security After the Enterprise Act). After commenting that the largest number of insolvency proceedings are creditors' voluntary liquidations brought about at the instigation of management through the company, he observed, "In corporate insolvency, suicide is far more common than murder."


I have included below the statistics on corporate insolvency since the year 2000 (source: Insolvency Service) so that we might mull on this evocative turn of phrase. As the statistics demonstrate Professor Stevens is correct. Company Voluntary Liquidations (CVLs) far out strip the other corporate rescue procedures and in particular the 'murderous' compulsory liquidation. Why? Is it because directors are getting to grips with insolvency issues at an early stage and causing their companies to select this route, or is it simply because the type of companies that go into compulsory liquidation are less. In other words, is there a conscious choice between murder and suicide in this context. Or are there some other issues at play? Despite the so called 'liquidation substitution' wrought by the Enterprise Act 2002 changes we might still want to undertake a thorough examination of the nature and use of CVLs to see how they are used.

Andrew J said…
It's usually suicide under duress. When faced with potential personal liability and CDDA sanctions, sensible directors fall on their swords at the wishes of the secured creditor in order to (a) save further costs to the creditors (as a compulsory is much more expensive) and (b) protect the (usually secured) creditor from any reputational damage arising from putting its clients into a process.

It's also interesting that receivership appointments almost doubled in 2009... possibly again to preserve reputation during a recession.
20 January 2011 at 10:11