The biggest bankrupt?! - no, a draw for first place though! 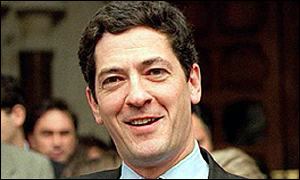 We have touched on the dubious accolade of the world's biggest bankrupt before. A new name can now join the illustrious list. The Scotsman is reporting that an Edinburgh based property magnate, who was once valued at £500 million, has been declared bankrupt (sequestrated in Scotland). The article continues:
"...A notice in the Edinburgh Gazette... showed that Patrick Hegarty had been sequestrated... at the request of Bank of Ireland. The notice read: "The estate of Patrick Hegarty was sequestrated by the sheriff at Edinburgh and Brian Milne, of Deloitte, has been appointed to act as trustee on the sequestrated estate."
At its height, Hegarty's WG Mitchell property empire included the Radisson hotels in Edinburgh and Glasgow, along with residences on Edinburgh's Charlotte Square and George Street.
But Royal Bank of Scotland called in administrators to 29 of WG Mitchell's 75 subsidiaries last year. The firm had grown from a chain of family butchers in Hegarty's native Northern Ireland to include properties throughout the UK."