The biggest bankrupt ever? (in a monetary sense!) 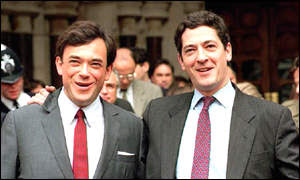 A story in the Sunday Telegraph has put a question in my mind: who is the largest bankrupt ever? The story relates to the collapse of Icelandic banks. It notes:

"...he has been declared bankrupt with debts of almost £500m (96bn Icelandic krona) − far outstripping any personal insolvency ever seen in the UK.

Mr Gudmundsson's liabilities are even greater than the £405m debts that weighed down Kevin Maxwell, son of Robert Maxwell, who is Britain's biggest bankrupt."

Does anyone have any other figures for top end bankruptcy levels? We can get a table going here.