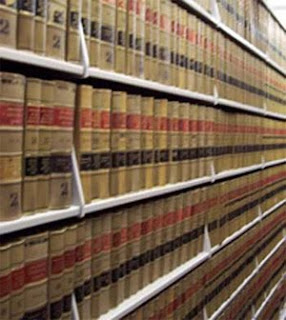 His Honour Judge David Cooke has handed down his judgment in Warwick (Formerly Yarwood) v Trustee In Bankruptcy of Clive Graham Yarwood [2010] EWHC 2272 (Ch) (13 September 2010) in the Birmingham District Registry of the Chancery Division. The case concerns a £1.4 million bankruptcy and the application of s 284 Insolvency Act 1986. The section states:
"284 Restrictions on dispositions of property
(1) Where a person is adjudged bankrupt, any disposition of property made by that person in the period to which this section applies is void except to the extent that it is or was made with the consent of the court, or is or was subsequently ratified by the court.
(2) Subsection (1) applies to a payment (whether in cash or otherwise) as it applies to a disposition of property and, accordingly, where any payment is void by virtue of that subsection, the person paid shall hold the sum paid for the bankrupt as part of his estate.
(3) This section applies to the period beginning with the day of the presentation of the petition for the bankruptcy order and ending with the vesting, under Chapter IV of this Part, of the bankrupt's estate in a trustee."
Judge Cooke had to consider an order made at first instance following the application of the Trustee in Bankruptcy that the payment on 26 March 2007 of 75% of the net proceeds of sale of Teapot Farm the former matrimonial home (amounting to some £128,321.29) registered in the joint names of the bankrupt, Mr Clive Yarwood, and his then wife Andrea Yarwood (since remarried and known as Andrea Warwick) to Mrs Warwick constituted a disposition by Mr Yarwood which was void under s 284 Insolvency Act 1986 as having been made after presentation of a bankruptcy petition against Mr Yarwood. Following a long and exhaustive judgment the learned judge held, "I dismiss the appeal and uphold the decision of the Deputy District Judge on different grounds; not that the parties were incapable as a matter of law of entering into a binding agreement for transfer of a property interest, but that on the facts of this case they did not in fact do so, and nor did they have any common intention that such an interest should be transferred, nor was there any promise made or understanding come to for the transfer of such an interest."
Picture Credit: http://www.nightingalechambers.co.uk/images/cases-7.jpg