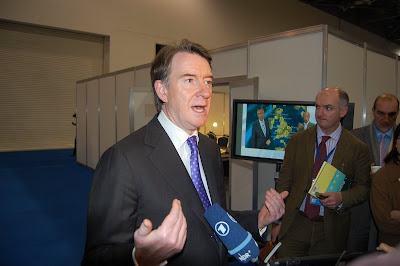 The two volume report into the MG Rover affair has been published by the Lord Mandelson's (pictured) BIS . The report is entitled: REPORT ON THE AFFAIRS OF PHOENIX VENTURE HOLDINGS LIMITED, MG ROVER GROUP LIMITED AND 33 OTHER COMPANIES. The authors are: Mr Gervase MacGregor FCA and Mr Guy Newey QC (Inspectors appointed by the Secretary of State for Trade and Industry under section 432(2) of the Companies Act 1985). The report comes in two volumes (one and two) and relates to the facts surrounding the administration on 8 April 2005 of MG Rover which had an estimated deficiency as regards creditors of £1,289 million. In relation to the conduct of the so-called 'phoenix four' (Mr Beale, Mr Edwards, Mr Stephenson and Mr Towers) the report concludes, inter alia:

"During the five year period, the members of the Phoenix Consortium and Mr Howe obtained large, and we say unreasonably large, financial rewards, totalling tens of millions of pounds. They also undertook a number of transactions to allocate assets to companies in the Group other than MGRG and in which MGRG had no interest."

Here are the awards as produced in the report:

Messrs Edwards, Stephenson, Towers and Howe, may be well be using some of the above to purchase a copy of His Honour Judge Abbas Mithani QC's Directors Disqualification. In relation to the report the Lord Mandelson has noted:

“This has been a painstaking enquiry by independent inspectors. It was important to get all the facts into the open so that workers who lost their jobs and creditors who were not paid know the truth.

“Action is being taken. Based on this report, work has been commissioned to start legal proceedings to seek to declare relevant directors unfit to hold office and to disqualify them from management of any company in future.

“I have today written to the Business and Enterprise Select Committee to ask them to look into the serious findings in the report that one of the MG Rover directors, Mr Beale, misled their Committee about the reasons for setting up a joint venture with MGR Capital. It will be for the Committee Chair to decide whether any action should be taken.

“We are also determined to learn any lessons we can to ensure greater transparency about the impact of decisions which directors are making and the state of the companies they are running. To this end, I am asking the Financial Reporting Council to review the report to see whether changes to audit or accounting standards or guidance should be considered.”