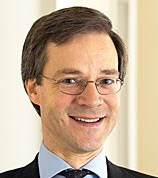 Lord Mandelson's BIS have released the following statement in relation to the report into the insolvency of the MG Rover group by Mr Guy Newey QC (pictured) and Mr Gervase MacGregor FCA of BDO Stoy Hayward:

"The Department for Business today announced that the independent Inspectors’ report into the collapse of the MG Rover Group will be published on September 11.
This follows today’s statement from the Serious Fraud Office that it has completed its inquiries and that, having sought legal advice, it does not intend to initiate a criminal investigation.
Preparations are being made immediately for the Report to be published.  However, for legal reasons, an established process must be adhered to.
Business Secretary Lord Mandelson said: “It was important to have clarity on whether or not this was a case that the SFO should be investigating. The workers who lost their jobs and the creditors who were owed nearly £1.3 billion by the collapse deserved no less.
“They have waited a long time to see the findings of the Report and the way is now clear for us to publish. Today we are setting out the timetable and arrangements.”
Prior to publication the Secretary of State will, as is usual in Companies Act inspections, make a copy of the report available to those witnesses who, it is considered, need time to prepare themselves for publication.  A minimum of four weeks from now until publication is judged necessary to ensure sufficient time for witnesses to be contacted over this holiday period and arrangements to be made.
Witnesses who are offered this opportunity and accept it will also need to agree to the terms and conditions laid down by Companies Investigations Branch prior to the report being made available to them or their legal advisers.  The report will be made available to those witnesses four days before publication.
Independent Inspectors investigated the affairs of MGRG, its parent company Phoenix Venture Holdings (PVH) and MGR Capital Limited and 32 related companies between the purchase of MGRG from BMW in May 2000 and the date of it entering administration in April 2005.
They were appointed in 2005 under Section 432 of the Companies Act by then Trade and Industry Secretary Alan Johnson and had wide powers to require documents and the attendance of witnesses, including directors, officers and agents of the company.
The Inspectors delivered their report to the Department for Business on June 11, 2009.  Following legal advice it was not published immediately in order to ensure any potential prosecution was not prejudiced."
Picture Credit: http://www.maitlandchambers.com/Files/Member/Photo/Guy_Newey-39584.jpg