Officeholder Remuneration (including lawyers!) - will Lehmans be the longest running administration in history? 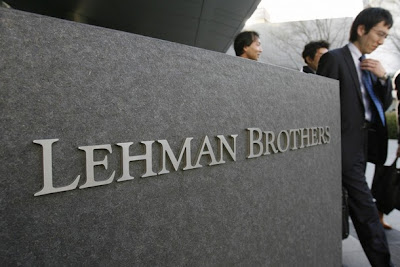 The issue of remuneration is always a vexed issue in the insolvency context, whether it be for Insolvency Practitioners (IPs) or lawyers. I have touched on this elsewhere, but newspaper reports this week have highlighted the issue again, specifically in the context of the Lehman Brothers administration. It has been observed that this administration may be the longest administration in history. The collapse of the American investment back has been widely reported. Creditors will be particularly interested in this latest remuneration related news. The Times has reported that:

"Accountants and lawyers who are trying to sort out the European collapse of Lehman Brothers, the American investment bank, have charged more than £100 million in fees in six months.

The bonanza shows no sign of abating. PricewaterhouseCoopers (PwC), the administrator, says that costs will accrue at a similar rate over the coming months as a team of nearly 1,500 people unwinds the complex financial web behind the world's biggest bankruptcy.

PwC paid a further £114.8 million to 800 employees of the bankrupt bank who stayed on to help to unwind millions of trades between Lehman and other banks and hedge funds.

Steven Pearson, a PwC partner, said that Lehman could become the longest British administration, outlasting those of Bank of Credit and Commerce International (BCCI), which lasted 12 years, and Enron's UK arm, which collapsed in 2001 and is still in administration. A report sent by PwC to the bank's creditors yesterday shows that the accountancy firm has billed £77,233,373 for 234,578 hours of work, an average hourly rate of £329.

PwC had 500 staff working on the administration at one stage. Partners on the project earned an average of £620 an hour and even the most junior of PwC's employees charged £143 an hour.

The report to creditors also shows that Linklaters, the City law firm, had racked up £33.5 million in fees between September 14 last year and March 14 this year. Hundreds of lawyers have worked on the administration.

All the costs have been approved by the creditors' committee, whose members are Lehman's US parent, Legal & General and the hedge funds Ramius, GLG and Oceanwood Capital.

In the past six months PwC has also paid out £34.6 million in rent, with the bank's former headquarters on Bank Street in Canary Wharf, East London, the biggest expense. The accountancy firm said yesterday that it would keep the Bank Street office open for at least another few months because of the difficulty of moving Lehman's IT system and data files.

When Lehman Brothers collapsed last year, $582 billion of assets owned by institutions that traded with the bank were frozen, pushing hundreds of hedge funds to the brink of financial collapse. PwC said yesterday that more than a hundred investment funds — predominantly hedge funds — had applied for “hardship status” to get their money released early.

The majority of the requests were granted. To qualify for hardship consideration, funds must convince the administrator and the courts that they face bankruptcy.

PwC is close to completing a scheme to distribute frozen assets to their owners. The accountancy firm is consulting with creditors and expects to finalise the scheme by the end of next month, then start to implement it by around September.

Mr Pearson said: “This is without doubt the most complex and challenging insolvency the UK, and arguably the world, has ever seen.

“In part how long it takes depends on how quickly ‘the Street' provides the data we need. But could it be longest ever? Yes, it could.”

PwC said in its report that it had secured control over $35.5 billion in securities owned by the bank and that its clients had recovered $8.7 billion of cash.

However, the accountancy firm said that it was too early to estimate how much money Lehman's creditors would get back — or when the first dividend might be payable."