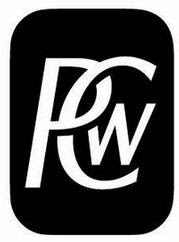 Nasdaq are reporting on Pricewaterhouse (PWC) research that shows that the number of insolvent companies in the UK is up by 57% in the first quarter of 2009 on the same period last year. Here is the text of the story:

"The number of U.K. companies becoming insolvent in the first three months of 2009 rose 57% from the same period last year to 5,483, a new survey from business services firm PricewaterhouseCoopers said Friday.
"We can see that U.K. businesses are still suffering from the effects of the global recession as more and more of them enter into insolvency with no apparent signs of a slowdown in the near future," said Mike Jervis, partner in PwC's business recovery services practice.
News of the increase in failed U.K. companies comes after the U.K. government announced in Wednesday's budget statement that it was considering changes to insolvency laws that would help rescue failing companies and bring the U.K. system closer to the U.S Chapter 11-style bankruptcy protection.
PwC's survey showed the worst-effected sectors were construction, where 829 companies became insolvent; manufacturing, 734 companies; retail, 705 companies; hospitality and leisure, 312 companies; and real estate, 235 companies.
Jervis also warned that the insolvency figures only revealed part of the picture.
"There are many restructurings either not involving insolvency or using light touch insolvency techniques to salvage viable businesses," he said.
Some of the high-profile companies that have collapsed into administration this year include Mosaic Fashion, which owned high street fashion chains Oasis, Coast and Karen Millen, and crystal and ceramics maker Waterford Wedgwood PLC."