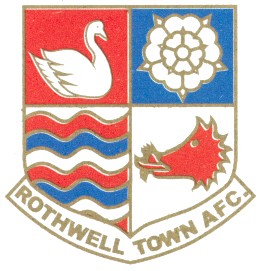 His Honour Judge Behrens has handed down his judgment in Panter v Rowellian Football Social Club & Ors [2011] EWHC 1301 (Ch) (20 May 2011). The cases raises an interesting point for consideration, namely, can a 'club' (The Rowellian Football Social Club) be accounted a company for the purposes of jurisdiction to appoint an administrator. The learned judge concludes in the case that the court lacked jurisdiction and that a club of this nature is not a company. The case contains an interesting analysis of the company definition question. The judge notes in relation to the closet case on point:
"Re Witney Town Football and Social Club involved a social and recreational club. It had rules which in many respects were not dissimilar from the rules of the Rowellian Club. Thus it existed solely as a body for the purpose of professional football. It had power to elect honorary day members. Rule 17 was however different from rule 12 of the Club:
The club shall only be wound up by a resolution passed at a special general meeting called for that purpose and the assets of the club shall be disposed of after payment of all outstanding loans and dues … Upon dissolution of the club, all net assets shall be devoted to Association Football and not distributed between the members.
The question arose as to whether the Club could be the subject of a compulsory winding up order. This turned on whether the Club was within the definition of unregistered company within the meaning of section 220 of the Insolvency Act 1986:
…the expression "unregistered company" includes any association and any company with the following exceptions …
At first instance it was held that the Club was not "an association" within the meaning of the definition and thus not amenable to the winding up jurisdiction. On appeal Morritt J (as he then was) upheld the decision of the county court judge.
As Morritt J explained the words "any association" cannot be given their literal meaning. The question is whether Parliament could reasonably have intended a club of this sort to be subject to the statutory winding up procedure. He referred to the well known decision of Re St James Club (1852) 2 De GM at 387 where there is a discussion of the nature of a members' club and the Lord Chancellor held that such a club was not "an association" to enable it to be wound up.
Morritt J went on to consider whether the Witney Town Football Club was not a club in the ordinary acceptation of that term. He then considered the rules of the club concluding that none of the rules he had specifically referred to took it out of the ordinary acceptation of the term members club. The fact that the assets would not be distributed to the members on dissolution did not warrant the implication that Parliament intended it to be subject to the winding up procedure in the 1986 Act.
Mr Roberts sought to distinguish Re Witney Town Football Club on the basis that rule 12 of the Club's rules made no provision for dissolution and no provision for what would happen to the assets on dissolution. However in other respects the rules are very similar. There are familiar aspects of a members club including provisions for election, a management committee, subscriptions, expulsion and the like. In my view the Rowellian Club is just as much a members club as the Witney town Football Club. It is not an association within the meaning of section 220(1) of the Act."
Judge Behrens concludes: "For all these reasons I have come to the relatively clear conclusion that there is no jurisdiction to appoint an administrator (either by the Court or otherwise) over an entity such as the Club. It follows that this application for an administration order falls to be dismissed." It seems as if insolvency can touch football at both ends of the divisions!
Picture Credit: http://rothwelltown0.tripod.com/sitebuildercontent/sitebuilderpictures/crest.jpg