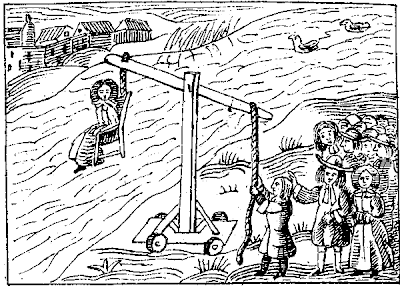 Fraudulent trading can be traced to section 275 Companies Act 1929. The latest incarnation is contained in section 213(1) of the Insolvency Act 1986 (IA86). The section contains an interesting turn of phrase for consideration. The section states:
"213  Fraudulent trading
(1)     If in the course of the winding up of a company it appears that any business of the company has been carried on with intent to defraud creditors of the company or creditors of any other person, or for any fraudulent purpose, the following has effect."
It is the bold and underlined element of the above section that is of note, namely, the element which states “or creditors of any other person.” The point at issue is this - what is the point of proving that the company or individuals were trading to defraud someone else when the section is limited to applications by the liquidator to make contributions only to the company? This point arises because subsection (2) notes:
"(2)     The court, on the application of the liquidator may declare that any persons who were knowingly parties to the carrying on of the business in the manner above-mentioned are to be liable to make such contributions (if any) to the company's assets as the court thinks proper."
If the indivduals carried on a business that defrauded only those who were not its creditors then what would be the remedy?  If the company causes or conspires with others to cause a loss then the victims become creditors. It could be argued that the section is drafted so as to capture victims who are not ordinary creditors. But this raises the question - what are non-ordinary creditors?
There is very little case law on this conundrum. The secondary sources (i.e. Halsbury's Law of England, Sealy & Milman) are also quiet on the issue.  However, Totty & Moss on Insolvency may offer some help. They note at B1-37: "The paramount purpose of the section is to compensate those who have suffered the loss as a result of the fraudulent trading (Bank of India v Morris [2005] 2 B.C.L.C. 328 CA)." Perhaps this wider policy rationale can account for the inclusion of "creditors of any other person."


In Bank of India v. Morris (ibid) Lord Justice Mummery discusses the scope of civil and criminal liability for fraudulent trading from paragraph 98 onwards. He notes:


"The predecessor provisions of s.213 were s.275 of the Companies Act 1929 and s.332 of the Companies Act 1948 . Those sections combined both compensatory and penal provisions. They were naturally regarded as penal legislation and, as such, were strictly construed so as to give the person charged the benefit of the doubt: Re Maidstone Building Provisions Ltd [1971] 1 W.L.R. 1085 .


The position is different under the 1986 Act. Section 213 is not a penal provision. It only covers civil liability to pay compensation in cases where the company which traded fraudulently is being wound up. A “collective” action can be brought by the liquidator of the fraudulent company for contribution to be made to the assets of that company for the benefit of its creditors...Compensation of those who have suffered loss as a result of the fraudulent trading is the paramount purpose of the provisions imposing civil liability to contribute to the loss suffered."
Picture Credit: http://yesteryearsnews.files.wordpress.com/2009/03/cucking_stool.png