Changes to Bankruptcy Jurisdiction in the London Insolvency District 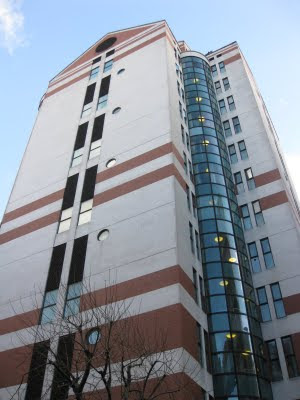 Chief Registrar Baister has issued the following statement:
"The Insolvency (Amendment) Rules 2011 (2011/785) and the London Insolvency District (Central London County Court) Order (2011/761) come into force on 6 April 2011.  The principal changes are set out below.
Creditors’ petitions
New r. 6.9A Insolvency Rules 1986 provides that with effect from 6 April 2011 where the petition debt is £50,000 or more, the debtor has not resided or had a place of business in England or Wales for six months preceding the date of presentation of the petition, the debtor’s residence or place of business cannot be ascertained or the petition is presented against a member of a partnership that is being wound up by the High Court, the petition should be presented to the High Court.
Where the petition debt is less than £50,000, subject to the exceptions mentioned, the petition should be presented to the Central London County Court.
Debtors’ petitions
New r. 6.40A makes similar provision in respect of debtors’ petitions save that the amount of the indebtedness is £100,000 instead of £50,000.
Practitioners are advised to read the amendments thoroughly to ensure that they are familiar with the detail of the changes.
Central London County Court
The district judges assigned to bankruptcy work in the Central London County Court will sit in the Thomas More Building of the Royal Courts of Justice.
For the time being users should notice little change in the administration of the bankruptcy work. Petitions will continue to be issued on the second floor of the  Thomas More Building [pictured]. The Registry will continue on the third floor, and litigants and their advisers should continue to report to TM 110 on the first floor where they will be directed to the registrars or district judges for their hearings.
The registrars have already transferred a number of low value bankruptcy hearings to the county court and will continue to do so where appropriate. The registrars expect to move to the Rolls Building in Fetter Lane in August  2011. A further notice will be issued in anticipation of the move when the date is known.
Bankruptcy cases assigned to the Central London County Court will continue thereafter to be heard in the Thomas More Building of the Royal Courts of Justice. Companies Court cases dealt with by the registrars will be unaffected by the changes.
Stephen Baister
Chief Bankruptcy Registrar"
Picture Credit: http://1.bp.blogspot.com/_YrPhWhp-AW0/S9iwRp1ck_I/AAAAAAAABGs/U-Ld7I7wacQ/s1600/thomas_more001.jpg