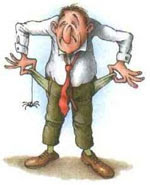 Professor Vanessa Finch noted in 1991 that unsecured creditors were, "a severely handicapped contestant competing for an uncertain prize." (Finch, V. Directors' Duties: Insolvency and the Unsecured Creditor, in: Clarke, A (Ed). Current Issues in Insolvency Law, Current Legal Problems, Stevens & Sons, London, 1991, at page 89). Is this position still borne out some 20 years later? The OFT's recent report seems to suggest that the unsecured creditors' lots is an unhappy one. Whilst recognising that unsecured creditors “are responsible for a significant amount of credit in the economy”[1] the recent IS Consultation response to the OFT's report goes on to note that, “IPs fees can erode or exhaust what would otherwise be available to creditors, particularly unsecured creditors as the lowest ranking creditor group.”[2] Not only do unsecured creditors suffer due to their ranking position according to the OFT, but they also overpay by around £15million in fees per annum in the administration process.[3]
Further discontent with the unsecured creditor’s lot can be garnered from the law reports. The start point of analysis for this species of creditor invariably starts with a rather low expectation of their expected return, or with their status as unsecured creditors generally. For example, in Società Esplosivi Industriali Spa v Ordnance Technologies (UK) Ltd (formerly SEI (UK) Ltd) and others (No 2)[4] Lindsay, J noted “I have not seen the statement of affairs in OTL's liquidation, nor have I been told what sort of dividend, if any, can be expected by its unsecured creditors.”[5] An expectation of zero return comes across in a number of judgments. For example, in Fiorentino Comm Giuseppe Sr1 v Farnesi and another[6] Mr Nicholas Warren QC (sitting as a Deputy High Court Judge) noted, “I am satisfied—and this is not in any event disputed—that there will be no dividend for unsecured creditors.”[7] In Goel v Pick[8] Sir Francis Ferris noted that the claimant, “…would only be an unsecured creditor in respect of any damages that might be awarded”[9] as if unsecured creditor status, perhaps quite rightly, has no real value at all.[10] In Re The Designer Room Ltd[11] Rimer, J noted how the officeholder’s view of procedures was influenced by the lack of distributable funds for unsecured creditors. After observing that, “There will be nothing for any of the unsecured creditors”[12] he went on to observe that, “the administrators also consider that it would be uneconomic to prepare a proposal for a voluntary arrangement, circulate it to all creditors, and then hold a meeting to seek approval for the sole purpose of making a distribution to the preferential creditors.”[13]
The picture is perhaps not entirely bleak for unsecured creditors. Cases such as Re GHE Realisations Ltd (formerly Gatehouse Estates Ltd)[14] show that distributions are made to this residual class of creditor. Unfortunately, the distributions to this species of creditor are invariably low, if not non-existent. For an example of low distributions cases such as Re P F Murray A Debtor, Ex parte The Debtor v Official Receiver[15] are instructive.  In the case Cross, J noted that, “It is common ground that the amount required to pay the unsecured creditors 5s in the pound.”
[1] IS Consultation para 2.20.
[2] IS Consultation para 2.22.
[3] IS Consultation para 2.22.
[4] [2007] EWHC 2875 (Ch), [2008] 2 All ER 622.
[5] Ibid at paragraph 3.
[6] [2005] EWHC 160 (Ch), [2005] 2 All ER 737.
[7] Ibid at para 10.
[8] [2006] EWHC 833 (Ch) , [2007] 1 All ER 982.
[9] Ibid at para 24.
[10] A similar point was made in Re C L Nye Ltd [1970] 3 All ER 1061 where Harman, LJ referred to this species of creditor as “a mere unsecured creditor.”
[11] [2004] EWHC 720 (Ch), [2004] 3 All ER 679.
[12] Ibid, at para 5.
[13] Ibid.
[14] [2005] EWHC 2400 (Ch), [2006] 1 All ER 357.
[15] [1969] 1 All ER 441.
Picture Credit: http://www.rat-race-escape-artists.com/images/penniless.jpg