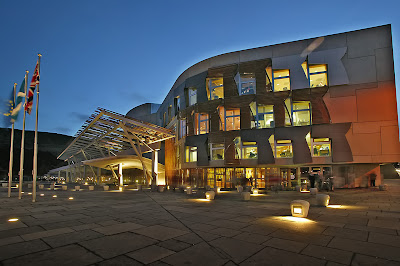 Scottish insolvency folk have plenty of new grist for their mills on the insolvency front. The following instruments have been published:
The Insolvency Act 1986 Amendment (Appointment of Receivers) (Scotland) Regulations 2011 - "These Regulations amend section 51 of the Insolvency Act 1986 (“the 1986 Act”) to deal with an unintended consequence arising out of the EU Council Regulation on Insolvency Proceedings (Regulation (EC) No. 1346/2000) (“the EU Regulation”). Article 3 of the EU Regulation provides that the courts of the member state in which a company has its centre of main interests have jurisdiction to open insolvency proceedings in relation to that company. The courts of another member state have such jurisdiction only where the company also has an establishment in that member state. The EU Regulation therefore also had the unintended effect of limiting the power in section 51 of the 1986 Act to appoint a receiver to enforce a floating charge over property situated in Scotland where a borrowing company has its centre of main interest in a member state other than the UK and no establishment in the UK. This is because section 51 requires that the Court of Session has jurisdiction to wind up the company. The regulations remove this limitation by making provision in section 51 for the power to appoint a receiver over the property in Scotland of a company in respect of which the courts of another member state have jurisdiction to open insolvency proceedings."
The Bankruptcy Fees (Scotland) Amendment Regulations 2011 - "These Regulations amend the Bankruptcy Fees (Scotland) Regulations 1993 to prescribe amended fees payable to the Accountant in Bankruptcy in respect of the exercise of certain of the Accountant in Bankruptcy’s functions under the Bankruptcy (Scotland) Act 1985. In particular, the Regulations increase the fees for consigning unclaimed dividends and for uplifting consigned sums."
The Debt Arrangement Scheme (Scotland) Regulations 2011 - "These Regulations provide a scheme for repayment of debts in Scotland. They provide for procedure and forms in respect of a repayment arrangement under the scheme, which on approval is described as a debt payment programme (“a programme”). The scheme is the responsibility of the DAS Administrator, who exercises the functions of the Scottish Ministers under the Debt Arrangement and Attachment (Scotland) Act 2002 (“the 2002 Act”). The Accountant in Bankruptcy of 1 Pennyburn Road, Kilwinning is the DAS Administrator, by virtue of an order under section 8 of the 2002 Act (S.S.I. 2004/448). A person whose debts are being repaid under a programme is protected in terms of section 4 of the 2002 Act from enforcement measures (diligence and sequestration proceedings) and interest, fees, penalties and other charges that are otherwise available or due to creditors. The Regulations are divided into 11 parts, and have 5 Schedules."
Picture Credit: http://www.travelsupermarket.com/blog/wp-content/uploads/2011/02/scottish-parliament-by-Miralles.jpg