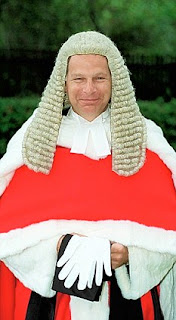 The Court of Appeal (Lord Neuberger MR (pictured), Wilson, LJ and Toulson, LJ) have handed down their judgment in BNY Corporate Trustee Services Ltd v Eurosail-UK 2007-3BL plc and others [2011] EWCA Civ 227. The case is particularly interesting as it includes a thorough discussion of s.123 of the Insolvency Act 1986 and the nature of the limits of the balance sheet test. It could be argued that the case exposes a number of limits to that test. The case is also noteworthy as there are citations to the Cork Report, Cmnd 9175 and to Professor Goode's work e.g:
"In my view, the purpose of section 123(2) has been accurately characterised by Professor Sir Roy Goode in Principles of Corporate Insolvency Law (third edition). Having referred to section 123(1)(e) as being the "cash flow test" and to section 123(2) as being the "balance sheet test", he said this at para 4-06:
"If the cash flow test were the only relevant test [for insolvency] then current and short-term creditors would in effect be paid at the expense of creditors to whom liabilities were incurred after the company had reached the point of no return because of an incurable deficiency in its assets."
Picture Credit: http://i.dailymail.co.uk/i/pix/2009/09/09/article-1211870-0657797F000005DC-555_233x423.jpg