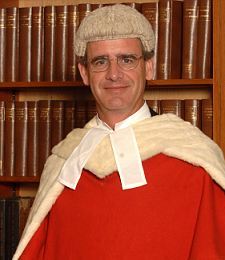 Mr Justice Briggs (pictured) has handed down his judgment in Ludlam v Courtman & Anor [2011] EWHC 742 (Ch) (25 March 2011). The case is particularly interesting as it contains a discussion of issues relating to bankruptcy, the vesting of property in a trustee in bankruptcy and the consequences of arguing over ownership interests. The disputed property in the case relates to a plot of woodland. The wife of the bankrupt is contending that she owns the woodland. By way of factual explanation Briggs, J notes: "For his part, the Trustee's stance is one of defensive neutrality. He appears to assume that the Woodland is prima facie vested in him by reason of Mr Ludlam's bankruptcy, although from time to time during extensive litigation between his predecessor Ms Exley and the Ludlams mainly concerning Montgomery House, Ms Exley appears to have been content to assume, but without extensive inquiry, that the Woodland belonged to Mrs Ludlam. The Respondents do not suggest that any gift of the Woodland to Mrs Ludlam in 1990 is vulnerable to be set aside as a fraud on creditors. There is nothing before the court to suggest that the Trustee is actively seeking a sale of the Woodland, or that the supposed (but as yet unidentified) purchaser of the Woodland from Mrs Ludlam in 1999 has taken any steps either to occupy or deal with it."
The argument over the woodland's ownership maybe an argument for respective creditor claims, as the learned judge notes that Mrs Ludlam is soon to have her own bankruptcy hearing due to legal cost exposure. For the time being though her creditors may be satisfied with the judges finding that, "The result is that, while it would be inappropriate for the court to declare, in a manner effective as against the rest of the world, that Mrs Ludlam is the owner (and therefore entitled to be registered as the proprietor) of the Woodland, it is appropriate for the court to declare that, as between her and her husband's Trustee, she has the better title to it."
Picture Credit: http://www.lifebite.co.uk/images/uploads/Mr%20Justice%20Briggs.jpg