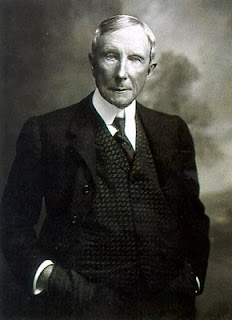 There are a number of key dates in insolvency history. Over the coming months we will examine why a number of specific dates are of special interest for those interested in our subject. We will also examine contemporaneous events to see what else was happening at the time.
The first date that we will examine, but by no means the earliest important date in insolvency history, is 1870. Why you may ask is that date important? Well, it was in that year that Giffard, LJ handed down his judgment in Re Panama, New Zealand, and Australian Royal Mail Company (1870) Ch App 318. His judgment effectively introduced "that flexible form of security known as the floating charge." (Milman). As Professor Milman has noted, "it was held that it was possible or a company to create a general charge over present and future assets whilst at the same time retaining freedom to deal with those assets in the ordinary course of business." In a two and a half page judgment Giffard, LJ introduced one of our most important security devices, a tool which ensures "that the company might go on during that interval..." (Giffard, LJ at page 322).


The learned judge went on to note, "I see no difficulty or inconvenience in giving that effect to this instrument." Fixed charge holders, for its is only those devices that existed up until that point, may concur, but not the unsecured creditors as with the advent of this device they saw their potential distribution affected by another form or priority device. This point was taken up by the Lord Macnaghten in the famous Salomon v. Salomon [1987] AC 22 decision when he noted that the effect of the floating charge on unsecured creditors was a "scandal." He noted: "Everybody knows that when there is a winding-up debenture-holders generally step in and sweep off everything; and a great scandal it is." The learned judge mooted some form of preferential treatment for ordinary trade creditors, something his brethren also apparently favoured. As we have seen the plight of the unsecured creditor was a point which was further examined some 50 years later by Professor Sir Otto Kahn-Freund QC.
1870 is then a momentous date for our subject. What else was going on in that year? Apart from Mr John D. Rockefeller (pictured) incorporating Standard Oil and the Brooklyn Bridge being completed, the year is also noteworthy as being the date (5th March 1870) when the first international Association Football match was held between England and Scotland. This auspicious occasion took place at the Oval, London. The 14 May also saw the first rugby match which was played in New Zealand, between the Nelson Football Club and Nelson College. On the political front Emperor Napoleon III of France was deposed and the Third Republic was declared. Empress Eugenie fled to England with her children. Lenin and Hilaire Belloc were also born. Charles Dickens died on the 9th June.
Our next key date will be 1888. For further discussion on the history of the floating charge see: