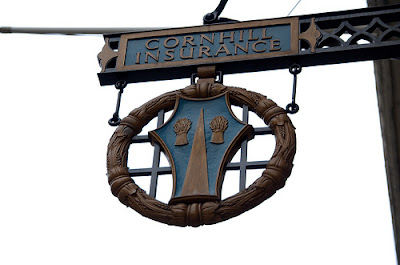 Whilst perusing Hansard for insolvency related themes I came across the following exchange which took place in 1975:
"Mr. Gow: asked the Secretary of State for Trade whether he is having discussions with the liquidator of Nation Life to see whether his charges can be reduced.
Mr. Clinton Davis: No, Sir. The liquidator's remuneration is primarily a matter for the creditors and the committee of inspection representing them. My Department would not intervene unless it became apparent that the amount ultimately fixed was, in the circumstances, unnecessarily large.
Mr. Gow: What is the Minister's estimate of the present charges that will be made by the liquidator in this case?
Mr. Davis: It is not possible for me to answer that, because the answer depends upon the amount of the assets that are realised. As the hon. Gentleman will know from his professional experience, the fee is on an ad valorem basis, on the realisation of assets." (HC Deb 15 December 1975 vol 902 cc958-60 959)
This comment set me thinking about the nature of liquidation more generally, and in particular its so called 'collectivised' nature. At the end of last year I had a pleasant lunch with Professor Jacob Ziegel, Professor Harry Rajak and Professor David Graham QC. We discussed, inter alia, this collectivised nature of bankruptcy/liquidation and whether or not the fact that one creditor can instigate the process meant that its initial deployment was in fact in the nature of a debt collection remedy especially if the petitioning creditor had security and ranked above his brethren. The Canadian courts had some issues around this point. Once appointed the liquidator acts in the interests of the entire estate and creditors and the undermined concept of pari passu kicks in thus making the procedure collectivised. As Professor Pettet has opined liquidation's purpose is: "‘to ensure that the creditors (if any) are treated equally (pari passu) and, subject to that, the property of the company is to be distributed to the members in accordance with their various rights’ (Pettet – p.435).
On collectivity Professor Finch has opined that when collectivity kicks in there is a stay (moratorium) on “Hostile actions...restraining uncompleted executions.” (Finch) Both of these learned commentators speak to the period after the winding up petition has been made. We were trying to focus on the person who presented the petition and their motivations before the process proper commenced. The case of Cornhill Insurance plc v. Improvement Service Ltd and others [1986] BCLC 26 is instructive in this regard as it highlights a form of debt collection by one creditor. Is the process which leads to this 'collectivised' process truly collectivised or, as in, can one creditor use the process as a form of debt collection? A recent article by James Bwoling ("Pay now and argue later - or I'll wind you up": the Insolvency Act 1986 vs. the Construction Act 1996, Const. L.J. 2010, 26(8) 601-606) mulls on an aspect of this quandary.
Picture Credit: http://farm4.static.flickr.com/3411/3331049371_10bd2984e5.jpg