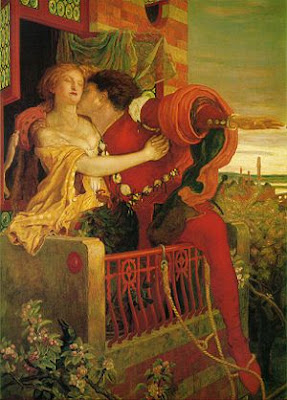 Today is Saint Valentine's Day. I hope you managed to get your better half a card and present. In turn I hope they managed to remember and get you one as well! To mark this special celebratory day of love I thought I would examine any interfaces between insolvency and matters of the heart. There are numerous productive and happy writing partnerships in insolvency such as Sealy and Milman, Keay and Walton, Walters and Davis-White, Armour and Frisby, Mokal and Ho, Tribe and Graham, etc, who have together produced some excellent work. These co-authorship teams are motivated not by love but by a desire to produce top-notch work and to improve the root of the science itself. It is the term desire that we can perhaps focus on for today.


In Re MC Bacon Ltd (1990) BCC 78, (1990) BCLC 324 the area of preferences was examined. Specifically the s.239 Insolvency Act 1986 (IA86) provisions and the statutory wording, "The court shall not make an order under this section in respect of a preference given to any person unless the company which gave the preference was influenced in deciding to give it by a desire to produce in relation to that person the effect mentioned in subsection (4)(b)”  was examined. A preference has been defined as occurring, "where a company in financial difficulties…takes steps to ensure that the debt of one of its creditors is satisfied in full…creditor does not have to share rateably…” (Prentice, p.440).
Millet, J, as he then was, (later a Lord of Appeal in Ordinary and sometime member of the Cork Committee) paid close attention to term desire in his judgment in Re MC Bacon. He noted:


"Intention is objective, desire is subjective. A man can choose the lesser of two evils without desiring either. It is not, however, sufficient to establish a desire to make the payment or grant the security which it is sought to avoid. There must have been a desire to produce the effect mentioned in the subsection, that is to say, to improve the creditor's position in the event of an insolvent liquidation. A man is not to be taken as desiring all the necessary consequences of his actions. Some consequences may be of advantage to him and be desired by him; others may not affect him and be matters of indifference to him; while still others may be positively disadvantageous to him and not be desired by him, but be regarded by him as the unavoidable price of obtaining the desired advantages. It will still be possible to provide assistance to a company in financial difficulties provided that the company is actuated only by proper commercial considerations. Under the new regime a transaction will not be set aside as a voidable preference unless the company positively wished to improve the creditor's position in the event of its own insolvent liquidation."


This description of intention has been queried. Professor Ian F. Fletcher took issue with this view in the JBL arguing, "Certainly, the standard dictionary definitions of the words 'intend' and 'intention' do not appear to invest them with any specially 'objective' characteristics, but are couched in terms - such as 'purpose', 'design' and 'ultimate aim' which are suggestive of a subjective connotation." ('Voidable Preferences Judicially Explained' [1991] JBL 71,73).

Professor Gerard McCormack has also critiqued the area ('Swelling Corporate Assets: Changing What is on the Menu' (2006) JCLS, vol6, pp39-69). In relation to the argument that preferences set aside can disturb pre-insolvency commercial transactions he noted, "Backtracking a little to catch certain pre-insolvency transactions runs the risk of upsetting and disturbing normal commercial intercourse.” It is perhaps on this point that insolvency law can on occasion get between matters of subjective desire and commercial dealings between contracting parties. Let us hope the subject does not disrupt your Valentine's Day in this way! 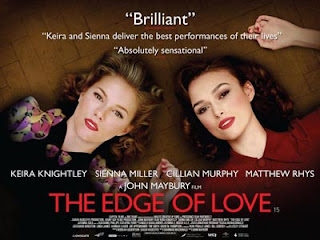 The subject of love has also arisen recently in an administration context. In the recent case David Rubin, Henry Lan (Joint Administrators of Capitol Films Limited) v Cobalt Pictures Limited and 24 others [2010] EWHC 2240 (Ch), Allied Irish Bank had a first fixed charge over the Company's rights in a film called “The Edge of Love” starring Keira Knightley and Sienna Miller (pictured). The natural love and affection between a man and his wife was also discussed in the bankruptcy case T Papanicola v PG Fagan [2008] EWHC 3348 (Ch) which involved a critique of s.338 Insolvency Act 1986. In First Independent Factors & Finance Ltd v E. Churchill, P. Churchill, Case No. 4RH01828, 28 April 2006, 2006 WL 1994751, which concerned s.217 of the Insolvency Act 1986 His Honour Judge Mitchell (sitting in the Canterbury County Court) commented on District Judge Lethem at Tunbridge Wells, "who loves these costs cases." Perhaps love and insolvency can sit happily together!