Rolls Building move and the affect on the Bankruptcy Court's expertise 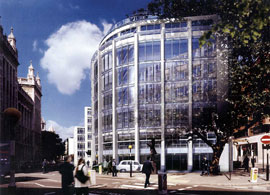 We have previously touched upon the impending Bankruptcy Court Rolls Building move and the deleterious affect this will have on the bankruptcy jurisdiction for no good reason than space concerns and litigant attire. Let us take one hot topic of recent reform debate as a tool to further re-examine the idiocy of this impending move and in particular the disastrous consequences it will have on the technical expertise of the Bankruptcy Court. In relation to super-priority financing within the context of the Enterprise Act 2002 reforms to administration, Professor Vanessa Finch has noted in her excellent CUP monograph that, "It is essential, accordingly, that a properly resourced and skilled system of courts or tribunals be established and that these incorporate appropriate insolvency expertise." (at page 408). A similar point was made by the Insolvency Service (IS) in their 2000 report A Review of Company Rescue and Business Reconstruction Mechanisms (Department of Trade and Industry and HM Treasury May 2000, page 35, paragraph 137) where it was noted that: "A key consideration in relation to the second approach would be the need for a properly resourced and skilled system of courts or tribunals expert in insolvency matters to consider cases. One option might be to have a system of expert tribunals with a strong commercial flavour dealing with cases on a day-to-day basis and to focus the role of the higher courts on resolving disputes as to the application of the law and reviewing the procedures followed by the expert tribunals."
One of two wags have commented that the attire of debtors, who it is generally perceived lack appropriate suitage, has offended the aesthetic sensibilities of the commercial judges - no rag bag rapscallions hanging around in our court building thank you! Whether or not this is true is a matter for some debate.
One major consequence of the move is a little concerning in terms of the bankruptcy specialism that will be diluted as a result of what is occurring to the bankruptcy jurisdiction of the High Court at the same time as the relocation, namely, the hiving off of some of the Bankruptcy Registrars' work to the County Court jurisdiction and in particular the Central London County Court. In a September 2008 statement by Mr David Thompson, RCJ Director, it was noted that:
"In the course of the review it was further agreed, in the light of the report of a working group commissioned by the Chancellor and chaired by Mr Justice David Richards, that low value personal insolvency work should be re-designated to the County Court jurisdiction. As a result there will be provision for 4 Bankruptcy Registrars in the Rolls Building dealing with Company Insolvency and Personal Insolvency requiring to be dealt with in the High Court.  Implementation of the recommendations of the working party will take place in liaison with all interested stakeholders."
Both Professor Finch and the IS would probably opine that the change is non-sensical having in mind their comments noted above. Are there any advocates for this change?
Picture Credit: http://www.lawgazette.co.uk/files/images/Rolls-building.jpg