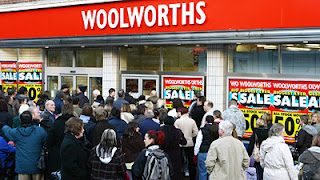 The post festive and early New Year period has seen a spate of insolvency related articles in the popular press. I will draw your attention to them here. The first set of articles focus on the Christmas spending bonanza and desperate retailer fire sales. The second set of articles focus on various parts of the country which are competing for the accolade of most insolvent area. The Star is reporting that Yorkshire and the North East tops the UK insolvency poll, whilst Portsmouth is being held out by The News as an exemplar of similar woe down south. Similarly, the Andover Advertiser paints a rum picture for that part of Hampshire. The Evening Telegraph paints a similar picture for Peterborough. Meanwhile the Shropshire Star are also holding out Shropshire as an area that has experienced record insolvency during 2010. The Manchester Evening News are also predicting a rum 2011 for insolvency figures in that region. The Huddersfield Examiner also mulls on the bleak outlook for 2011. It is looking a bit bleak out in the regions with little by way of New Year cheer.


Nationally The Daily Telegraph have highlighted the increase in insolvency rates amongst pensioners and women. Internationally, the Irish Times mulls on the 2010 insolvency figures. They make slightly depressing reading. See here. In Scotland, the Herald is also painting a bleak picture for the forthcoming year. See here.
Thankfully the BBC is offering a useful dealing with debt service. See here. The Daily Mail also has some tips, see here. Meanwhile, The Express is reporting that a Scottish ex-death row inmate is now facing bankruptcy. A fellow Scot, this time an experienced IP, has been reported in The Scotsman offering some interesting views on the year ahead. This sort of insight and advice must have been lacking at the two insolvency firms that were shut down by the Insolvency Service (IS) at the end of last year. See here.