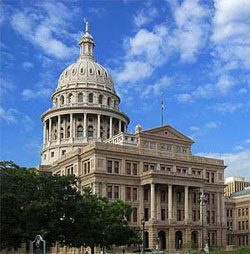 University of Texas (pictured) Baker and Botts Professor in Law, Professor Emily Kadens, has recently uploaded a fascinating piece of scholarship onto SSRN. The article is entitled: "The Pitkin Affair: A Study of Fraud in Early English Bankruptcy." Here is the abstract:
"In 1705, two London merchants, Thomas Brerewood and Thomas Pitkin, attempted to pull off a massive bankruptcy fraud. Although the conspirators were quickly caught, unraveling the scam required three large insolvencies and four acts of Parliament over the course of more than forty years. Along the way, the Pitkin Affair and its aftereffects would test and expand the boundaries of then-existing bankruptcy law. This article presents the story of the Pitkin Affair as a parable to remind us that the current scandals with which we are confronted are not new. Neither are the reactions of the parties caught in the middle of the resulting financial catastrophe. Most lied; some cheated; and many could not let go of their sense of injustice and accept that their own misjudgment, and even greed, had also contributed to their losses."
The article is forthcoming in the American Bankruptcy Law Journal (ABLJ) but can be downloaded from SSRN in the interim. Professor Kadens is to be congratulated on this marvelous piece of scholarship.
Picture Credit:  http://www.anewsalerts.com/wp-content/uploads/2010/09/otago003777.jpg