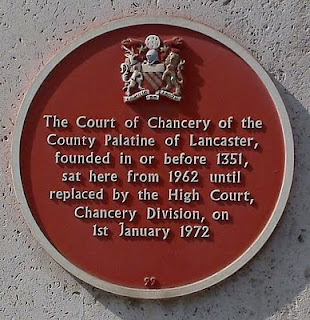 Mr Justice Briggs has handed down another huge judgment in the Chancery Division (some history on which is pictured). The judgment in Bloom & Ors v The Pensions Regulator (Nortel, Re) [2010] EWHC 3010 (Ch) (10 December 2010) is particularly interesting for insolvency scholarship generally and restructuring practice. The learned judge mulls on, inter alia, the nature of pari passu. In 2001 Professor Mokal wrote a thought provoking critique on the use and function of pari passu (see: 'Priority as Pathology: The Pari Passu Myth’ [2001] Cambridge Law Journal 581-621). This Nortel judgment is perhaps the latest piece of support in favour of Professor Mokal's arguments although Mr Justice Briggs' comments that, "The pari passu principle is a fundamental principle of justice, equity and fairness, with application in a wide variety of circumstances. Nowhere is it more fundamental than in the insolvency code..." might suggest otherwise. The case is too detailed to discuss in depth in this forum, but here are two snippets to tempt a further read.
The exposition of the history of pari passu begins at paragraph 64. The learned judge notes, "Since the mid-19th century a succession of Bankruptcy and Insolvency Acts have sought to establish a wide and inclusive definition of claims qualifying for pari passu treatment, by providing that provable debts are to include both debts and liabilities, and to extend to debts and liabilities which are, at the cut-off date, both present, future and contingent. In relation to personal bankruptcy, the underlying policy is not merely that creditors should be fairly treated inter se, but that the bankrupt should receive as full as possible a discharge from his debts. In relation to corporate insolvency, the requirement for the fair treatment of the company's creditors is sharpened by the fact that, (save in exceptional cases) the company will be dissolved at the end of the insolvency process so that, if the claim is not subjected to pari passu treatment by that process, it will not be met at all. It will fall down what was described in argument as a black hole. For a claim to qualify for pari passu treatment it must be a provable debt. Generally speaking, although the precise nature of this requirement has been the subject of intense debate at the hearing, provable debts arise only out of matters which have occurred, or have begun to occur, prior to the cut-off date."
At paragraph 197 the judge then observes, "The outcome is, in my view, likely to prove unfair to the creditors of an insolvent target, unless perhaps the Regulator and the Upper Tribunal treat the pari passu principle as a cardinal aspect of the very broad discretions which arise at the three consecutive stages of (1) the determination whether to issue an FSD to an insolvent target, (2) the decision whether particular proposals for financial support by the insolvent target are reasonable in all the circumstances, and (3) the decision whether to issue a CN to an insolvent target, and if so, in what amount. It may be that, by bearing in mind that a pari passu sharing would be the automatic result of any FSD issued before a target went into an insolvency process, this approach to the exercise of the discretion in post cut-off cases will actually occur, but it is no part of my task to bind either the Regulator or the Tribunal."
Happy reading!
Picture Credit: http://3.bp.blogspot.com/_YrPhWhp-AW0/SuDM6Yb76rI/AAAAAAAAAs0/cXzIG2ya_kg/s400/3412822648_401e461e5a.jpg