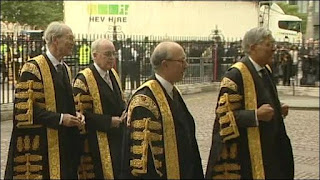 Anonymous said…
It's a startling judgement.

Parliament was quite deliberate in it's logical decision to create a mechanism by which directors who are not open about their role can be held liable for their actions.

If they didn't want this provision to apply to people who acknowledgedly carry out the duties of the role but who are not formally appointed to it, then I do not know who they intended it to apply to!

I hope this is 'fixed' soon, but in the meantime I imagine there will be a flood of dodgy directors arranging to become corporate directors.
3 December 2010 at 18:27