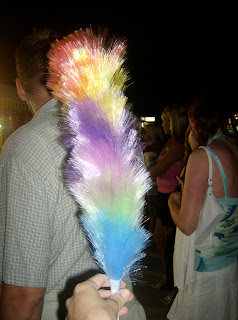 The BBC recently reported on the celebrity bankruptcy trend. A celebrity in the shape of a comedian has recently been sent to prison for insolvency related offences. The Insolvency Service (IS) note:
"Liverpool Crown Court sentence bankrupt former comedian Anthony Lee Wright, also known as Anthony Cronley, to 40 months imprisonment on Friday 4 December for attempting to pervert the course of justice and breaching bankruptcy rules. The criminal prosecution by the Department of Business, Innovation and Skills followed an investigation by The Insolvency Service.
The Insolvency Service investigation found that Mr Wright (48) attempted to conceal his interest in a property worth £108,000 by assuming the identity of ‘Anthony Cronley’, with the intention of deceiving the Official Receiver. Had he been successful in his deceit he would have prevented the property being realised for the benefit of his creditors.
Mr Wright, who was made bankrupt on 8 April 2003, was found guilty of:-
Failing to deliver up a property to a trustee in a bankruptcy, contrary to sections 354(1)(a) and 350(6) of The Insolvency Act 1986 and sentenced to 10 months imprisonment.
Fraud, contrary to sections 1 and 2 of the Fraud Act 2006 and sentenced to 15 months imprisonment.
Doing acts to pervert the course of public justice and sentenced to 15 months imprisonment.
The sentences are to run concurrently.
Before sentencing the Court heard that Mr Wright:-
Falsely claimed in written correspondence that he, as Mr Anthony Cronley, was not bankrupt;
Used a false passport (a crime in itself) in an attempt to support his false identity;
Instituted legal proceedings against his own trustee using the false identity in order to prevent the proceeds of a property sale from rightly going to his creditors;
Knowingly and falsely signed a ‘statement of truth’ in the legal proceedings asserting truth of the details contained in the court documents.
Commenting on the case, Graham Horne, Deputy Inspector General for the Official Receiver said:
“People struggling with debt who want to benefit from the debt relief arrangements offered by the insolvency regime must be prepared to declare all of their financial assets or face the penalty imposed on them. It is for the Official Receiver to decide which assets should be sold for the benefit of the creditors and which many be retained by the debtor.”
Dave Jones, Deputy Chief Investigation Officer, Manchester, for BIS said:
“The length of the sentence handed down to Mr Wright sends a clear message, fraudulent behaviour and perverting the course of justice are serious matters which will not be tolerated and anyone found guilty of can expect a serious punishment.”
Picture Credit: http://farm2.static.flickr.com/1221/1468795339_074508b465_b.jpg