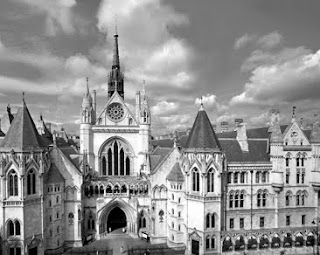 Sir Andrew Morritt VC, the Vice-Chancellor of the High Court (pictured), has handed down his judgment in Clark & Anor v Finnerty & Anor [2010] EWHC 2538 (Ch) (14 October 2010). The case concerns a loan default, insolvency practitioner (IP) replacement, and a consideration of s.244 Insolvency Act 1986 (IA86). The section states:
"244.— Extortionate credit transactions.
(1) This section applies as does section 238, and where the company is, or has been, a party to a transaction for, or involving, the provision of credit to the company.
(2) The court may, on the application of the office-holder, make an order with respect to the transaction if the transaction is or was extortionate and was entered into in the period of 3 years ending with [the day on which the company entered administration or went into liquidation]1 .
(3) For the purposes of this section a transaction is extortionate if, having regard to the risk accepted by the person providing the credit—
(a) the terms of it are or were such as to require grossly exorbitant payments to be made (whether unconditionally or in certain contingencies) in respect of the provision of the credit, or
(b) it otherwise grossly contravened ordinary principles of fair dealing;
and it shall be presumed, unless the contrary is proved, that a transaction with respect to which an application is made under this section is or, as the case may be, was extortionate..."
Sir Andrew Morritt was asked to consider whether an order made by Registrar Derrett, which caused the appointment of Mr Stephen Grant in place of the administrators (Mr Clark and Mr Whitehouse), was correct. The original administrators had been unwilling to make a fully indemnified application to the court pursuant to s.244 IA86. This judgement of the Vice-Chancellor is the administrator's appeal from that decision. As the learned judge notes the administrators contended that the Registrar erred in law for, in essence, two reasons, namely:
"(1) treating as sufficient cause to remove the Administrators under paragraph 88 Schedule B1 their failure or refusal to commence proceedings against Davenham for relief under s.244 Insolvency Act 1986 or from a penalty
(a) when the issue was merely 'triable', and/or
(b) the prospect of rescuing the Company less than reasonably achievable.
(2) the Registrar erred in fact and/or law in concluding that there was sufficient cause to remove the Administrators and reached a conclusion which no judge properly instructed as to the law with regard to the relevant facts could have reached."
The judge noted that, "No allegation was ever made of tardy or inefficient discharge of the Administrators' functions under paragraph 74(2)." and that, "the Registrar considered that the Administrators should be regarded as "efficient, vigorous and unbiased" and and that they were "entitled to reach the conclusion that they are not prepared to bring the proceedings". In relation to the removal of administrators the learned judge cites, inter alia, David Richards, J in Clydesdale Financial Services Ltd v Smailes [2009] EWHC 1745 and the conditions cited therein for the removal of the administrator, namely:
"(1) there must be a good ground for removing an administrator but the ground need not involve misconduct, personal unfitness or imputation against his integrity (Paragraphs 14 and 30);
(2) the Court will have regard to the wishes of the majority of creditors (Paragraphs 14 and 30);
(3) the issue raised by the applicant need not be resolved in his favour at the time of the application. He has only to show that the evidence raises a serious issue for investigation. (Paragraph 26)"
After a close examination of the Registrar's decision, the facts in the case and relevant authorities the Vice-Chancellor notes: "...I accept the submission of counsel for the Guarantors that the terms of the dicta to which I have referred should not be interpolated into paragraph 88 of Schedule B1 so as to constitute conditions to be satisfied before an administrator may be removed. Accordingly I do not accept the first ground of appeal, as summarised in paragraph 5 above. But such removal should only be ordered for good or sufficient cause. What is good or sufficient must be ascertained by reference to the purposes of the office and the facts of the case. Thus, the issue is, as counsel for the Guarantors submitted, whether the facts on which the Registrar relied demonstrated a good or sufficient reason for removing the administrators. By his second ground of appeal counsel for the Administrators submits that I should answer that question in the negative...." He concludes: "It is true that an administrator may be removed without any criticism of him. But if an administrator is unbiased and entitled on the material before him to reach a relevant conclusion his decision should be respected unless and until the court concludes otherwise. That is the effect of the elaborate provisions of Schedule B1. The fact that another mind might reach a different conclusion may be a reason to challenge the administrator's decision but, in my judgment, it cannot be a good reason to remove him altogether. I appreciate the Registrar's concern at the consequences for the Guarantors of the Administrators' decision but I do not accept that that was enough to justify the order she made."
Picture Credit: http://2.bp.blogspot.com/_YrPhWhp-AW0/TFmugIXq8kI/AAAAAAAABQk/wxUVg-NQyhU/s1600/main-rcj.jpg