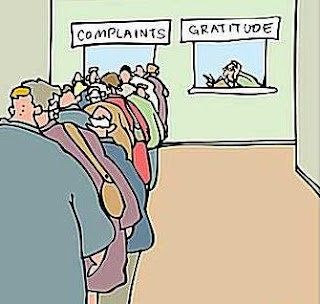 The report covers the period April 1, 2009 to March 31, 2010 and relates to some 1,800 complaints. The insolvency aspects of the report make interesting reading. They also account for a very small proportion of the complaints featured in the report (some four pages out of thirty four). I am sure this will make pleasant reading for the Insolvency Service (IS) as will the Adjudicator's introductory comment that, "The IS continue to be very pro-active in considering their support for customers and how they can learn from complaints." There were 15 new IS related complaints in the period which the report covers, 12 of which were resolved. A case study from an upheld complaint is worth considering. It notes:
"Issues
Mr J had been made bankrupt in early 1999 and had a personal pension which formed part of his estate. Mr J complained that The IS had misled him about when they would realise his pension policy.
The IS wrote to Mr J in September 2004, and they confirmed that they would realise his pension policy and the first five years of annuities. They also explained that once this had been done they would have no further interest in the pension policy and any further annuities would be paid directly to Mr J by the pension company. This was the standard way of dealing with pensions of this nature. If the pension policy had been realised in 2004, Mr J would have begun to receive annuities in 2009.
However, the pension policy was not realised in 2004, and The IS were unable to give a reason as to why this was not done. Mr J said that he was unhappy that The IS did not realise his pension policy in 2004 and because of the delay he would not receive any annuities until 2014 at the earliest, five years later than he had been led to believe.
Outcome
The Adjudicator substantially upheld this complaint.
In recognition of this error, The IS agreed to give up the five years of annuity payments that they would normally collect from the pension policy and offered monetary compensation (redress) for their poor handling. They also took appropriate steps to realise the pension policy which means that Mr J will now start to receive annuities, the position he would have been in if this had been done in 2004.
Redress payments are not direct compensation. In the Adjudicator’s view, no amount of money can ever directly compensate Mr J for the worry and distress that he suffered as a result of the way that his case was handled. However, she views such payments as a clear acknowledgement by The IS of the distress they caused. The Adjudicator felt the compensation offered by The IS, as a result of Mr J’s complaint, was reasonable and she did not recommend that the amount be increased."
The second case study relates to a case that was note upheld by the Adjudicator. It is noted in relation to this bankruptcy case that:
"Mr K complained about how The IS had handled certain aspects of his bankruptcy. He told the Adjudicator that The IS had wrongly advertised that he owned a business when he did not. He said that this caused offence to the actual owner, which led to Mr K losing his home and job. He also complained that The IS extended the term of the bankruptcy from five to eleven years without informing him, and there were other handling issues.
Outcome
The Adjudicator did not uphold this complaint.
The investigation considered all of the available evidence from the customer and The Insolvency Service.
The Official Receiver has no involvement with the creation of a bankrupt’s description as it appears in a bankruptcy order. The petitioning creditor is required to provide the court with a description to identify the bankrupt and this is done prior to a court order being made. When the Official Receiver is notified of a new bankruptcy, he or she has a statutory duty to advertise the bankruptcy as soon as possible. Only after the bankrupt had been interviewed, could it be reasonably expected that The IS could amend the description, which was done in this case.
Although the Adjudicator sympathised with Mr K’s situation she did not believe it was reasonable to blame The IS for the description in the bankruptcy order. Nor could she reasonably hold The IS responsible for the actual owners’ reaction. The advertisment made no suggestion that Mr K was the owner of the business; it only described it as his place of residence, which was correct at the time. Mr K’s complaint concerned the handling of a bankruptcy order made in 1998, but his complaint that The IS extended the term of that bankruptcy from five to eleven years without informing him arises from the effects of an earlier bankruptcy. Mr K had been subject to another bankruptcy before 1998 and the law in 1998 stated that there was no entitlement to an automatic discharge from his second bankruptcy. To obtain discharge, a bankrupt was required to make application to the Court, at least five years after the date of the bankruptcy order. In April 2004, the law regarding bankruptcy changed. As a result of these changes, an individual subject to a second bankruptcy, prior to 1 April 2004, would get an automatic discharge on 1 April 2009.
Mr K had made no application to the Court for discharge at any stage; but he was automatically discharged from bankruptcy on 1 April 2009. The Adjudicator did not agree that The IS had taken any steps to extend the
term of Mr K’s bankruptcy."
Picture Credit: http://greenbudget.files.wordpress.com/2009/03/complaints.jpg