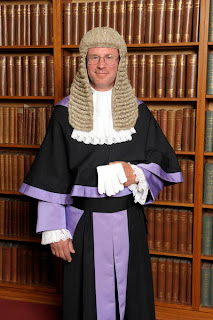 His Honour Judge Hodge QC has handed down his judgment in Leyland Printing Company Ltd v Leyprint Ltd [2010] EWHC 2105 (Ch) (11 August 2010). The case concerns two printing and packing companies that went into administration under the pre-Schedule B1 provisions to, "(1) a more advantageous realisation of the company's assets than would be effected on a winding-up and (2) the survival of the company and the whole or some part of its undertaking as a going concern." In the instant case the learned judge was asked for relief pursuant to sections 14 and/or 18 and/or 20 of the Insolvency Act 1986 and/or the inherent jurisdiction of the court. The administrator enquired whether:
"(1) Directions as to the proper treatment of creditors' claims and, specifically, whether the administrator or subsequent liquidator of the companies can and should accept any claims that have become statute-barred since the making of the administration orders in respect of the companies for the purpose of proving and receiving a dividend from the realisations that have been made during the course of the administrations. (2) Insofar as necessary, that (a) the administration orders be discharged with effect from such date as the court considers appropriate; (b) the administrator be authorised to and do, prior to such discharge taking effect, agree the claims of and make payments to the companies' preferential and unsecured creditors; (c) the administrator do write to the Registrar of Companies informing him of the Court's order and asking him what, if any, assistance or costs he should provide in connection with causing the companies to be struck off after the discharge of the administration orders has taken effect, and do provide such assistance and costs, if any, to the Registrar of Companies as he shall reasonably require for that purpose; and (d) the administrator do have his release from liability with effect from such date as the court considers appropriate. (3) Further or alternatively, such other directions as the court thinks fit. (4) Provision for the costs of the application. No-one has been served with the application."
Both administrations continued relatively successfully until a problem arose in relation to the status of creditors. As the judge observes:
"...following Mr Hennessy's appointment it was discovered that there appeared to be a problem with the status of creditors' claims given the longevity of the administrations. Essentially, given the manner in which creditors' claims had been dealt with by Mr Craig and his staff during his period of office, it would appear that, apart from one unsecured creditor of LPC, Mr Coghill, who had legal proceedings pending at the commencement of its administration, all other creditors' claims had become statute-barred under the provisions of the Limitation Act 1980, by, at the latest, 22nd May 2008, some 9 months before Mr Hennessy's appointment. It would appear that Mr Craig or his staff had mistakenly confused the effect of liquidation (which, for the purposes of the Limitation Act, causes time to cease running as against creditors' claims at the date of the commencement of the winding up) with an administration which, under the law applicable to pre-Enterprise Act administrations, does not. ...In these circumstances, Mr Hennessy considered that he should seek appropriate directions from the court as to the proper treatment of creditors' claims."
After an exhaustive consideration of the pertinent case law the learned judge observes, "With regret, I therefore conclude, on the evidence presently before me, that there is no justification for the administrator admitting to proof any claims that have become statute-barred since the making of the administration orders on 22nd May 2002."
Picture Credit: http://inretentis.com/wp-content/uploads/2009/11/circuit-judge-wig.jpg