Insolvency in the news - IP involvement reduced, and some personal insolvency stories. 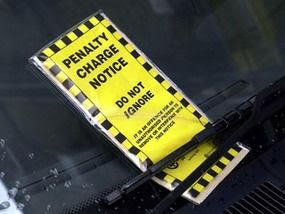 There are a number of insolvency stories in the news today. The first appears in Accountancy Age and dwells on the purported reduction in IP involvement in the new Insolvency Service moratorium consultation. See here for the story. A separate blog entry will follow on this consultation, not least to highlight the previous rebuttal to the costly and unnecessary proposal.
An IVA and bankruptcy have also been cited as possible drivers behind the recent and very sad Fordingbridge deaths. The BBC are reporting that:
"A father who was found dead along with his wife and two daughters at their Hampshire home had faced bankruptcy...Mr Case filled an alternative to bankruptcy, known as an Individual Voluntary Arrangement (IVA), at Salisbury County Court in 2006. The arrangement, which usually lasts a period of about five years, is still listed as "current". An IVA requires a person to pay back as much of their debt as they can afford, after which the balance is written off."
Finally, and on a more light hearted note, it has also been reported that a Scottish driver has been bankrupted by her local council for accruing some £18,000 worth of parking fines. Apparently Ms Clare Williams, who works for a law firm in Aberdeen, "regularly amassed fines of £60 when she illegally parked her black Volkswagen Beetle."
Picture Credit: http://images.dailyexpress.co.uk/img/dynamic/1/285x214/39690_1.jpg