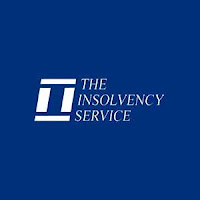 The Insolvency Service (IS) have published an interesting press release entitled: "Assets must not be hidden from creditors warns Insolvency Service." This spiriting away of assets is evocative of earlier periods in insolvency history when the noose, ear clipping and the pillories were all used to force debtors to come clean on the whereabouts of their assets. The IS are not advocating this sort of treatment. What they do say however is:

"People struggling with debt who want to benefit from the debt relief arrangements offered by the insolvency regime must be prepared to declare all of their assets or face the penalty imposed on them.  It is for the Official Receiver to decide which assets should be sold for the benefit of the creditors and which may be retained by the debtor,” said Les Cramp, Senior Official Receiver for The Insolvency Service.

The warning comes after the number of investigations into potential bankrupts who have tried to hide their assets from the Official Receiver has already risen to more than 200 this year, compared with just 28 in 2008-09.

Bankrupts must disclose all assets, no matter how small, or they face a penalty which could include a custodial sentence, financial sanctions or having their period of bankruptcy restrictions increased by up to 15 years instead of the usual 12 months.

In March this year a £50,000 confiscation order was made when an investigation by the Official Receiver found a young woman had hidden properties In July 2009, following an investigation into her finances,  the bankrupt admitted she had failed to disclose that she owned two properties in Surrey and that she had obtained credit to the extent of £17,000 while bankrupt.   Following the investigation criminal proceedings were brought against her which ended in court in March 2010 with a £50,000 confiscation order being made.   Concluding the case the Judge agreed the bankrupt had abused the insolvency regime that was in place to assist her."