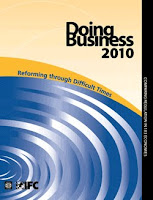 “Credit is the lifeblood of the modern industrialised economy. The most significant extenders of credit are banks and other lending institutions such as finance houses or building societies. Manufacturers extend credit to customers and customers to manufacturers; the trade supplier extends credit to his customer; credit is the cornerstone of the trading community. The employee who is paid at the end of the working week gives credit to his employer. Even the Government itself extends a form of credit by obliging employers and others involuntarily to act as tax collectors, for example, for PAYE and VAT.” (Cork Report, para. 10)

“Since the mid 1960s, we have experienced the rapid growth of the credit card business in its various forms which has greatly expanded the range of credit available. The individual is faced today with easy access to credit, which, if unwisely used, may lead to his insolvency, with little overall control apart from his own innate sense of honesty and prudence and the protection afforded by such measures as the Consumer Credit Act 1974.” (Cork Report, para. 15)

“The problem of distressed personal debts stem from a rapid increase in unsecured bank and credit card lending, which was already attracting warnings from the FSA during the late 1990s.” (Insolvency Practices Council: Tenth Annual Report, 2000-2009, pg 5).

“The increased opportunities for contracting debt have led to the emergence of the consumer debtor, a commonplace today, but virtually unknown in the Nineteenth Century. A wage-earner, with little or no capital assets of any value, can today incur credit to an extent undreamed of a hundred years ago.” (Cork Report, para. 16)
Where getting credit is easiest

Ranking on the ease of doing business:
1- Singapore
2 - New Zealand
3 - Hong Kong, China
4 - United States
5 - United Kingdom
6 - Denmark
7 - Northern Ireland
8 - Canda
Source: “Doing Business 2010: Reforming Through Difficult Times: Comparing Regulation in 183 Economies” IBRD/World Bank
“Economies that rank high on the ease of getting credit typically have.........a legal framework that encourages lending by financial institutions to the private sector.” (Doing Business 2010, pg 34)
“The relative ease by which credit can now be obtained must, however, be balanced by a strict control of personal and business budgeting, if those who avail themselves of such facilities are to avoid over-reaching themselves financially. Inflation and improved standards of living have induced lenders to increase credit facilities of all types, despite the knowledge that such expansion generates greater lending risks, particularly in an atmosphere of fierce competition, and that these risks are increased when the economy goes into recession.” (Cork Report, Para. 12)
“Historically, many reforms have been prompted by recession or financial crisis. The East Asian crisis motivated many economies to reengineer their bankruptcy systems. Some, such as Singapore and Thailand, reformed laws to strengthen investor protections. Postcrisis bankruptcy reforms were also carried out in Turkey in 2003/04.” (Doing Business 2010, Report Overview, pg 6)


“[T]he regulatory environment for businesses can influence how well firms cope with the crisis and are able to seize opportunities when recovery begins. Where business regulation is transparent and efficient, it is easier for firms to reorient themselves and for new firms to start up. Efficient court and bankruptcy procedures help ensure that assets can be reallocated quickly. And strong property rights and investor protections can help establish the basis for trust when investors start investing again.” (Doing Business 2010, Report Overview, pg 1).