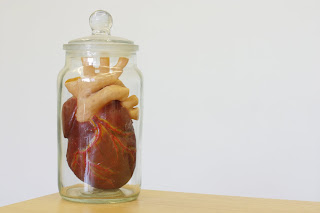 The systems that Roman law[1] formulated to deal with credit breakdown were to some extent typified by a harshness that is perhaps best enunciated by Portia’s vivid depiction of the fate of a non-paying merchant in Shakespeare’s The Merchant of Venice, arguably the most famous literary illustration of what might happen to a fictional Venetian debtor, Antonio, who did not pay his creditor, Shylock, “the red-haired Jew who sought the bankrupt merchant’s pound of flesh.”[2] In relation to the consequences of the failed guarantee arrangement Portia darkly observes:

“this bond is forfeit,

And lawfully by this the Jew may claim

The pound of flesh had to be extracted from as close to the heart (pictured) of the debtor as possible. The, “terrible law of the Twelve Tables”[4] advocated a cruel choice for debtors. They faced banishment beyond the Tiber, trans Tiberim, or having their body divided amongst their creditors in proportionate pieces to their respective claims,[5] which has a curious echo in later English insolvency jurisprudence.[6] Whether or not the division of a debtor’s body did actually occur is a moot point. A number of commentators have stated that the law of the Twelve Tables, and in particular Table 3, did not in fact countenance this form of treatment.[7] The fact that the practice was abolished in 313 BC (along with the sale of the debtor’s body)[8] does perhaps, however, suggest that this form of treatment may have occurred. Why else would the Romans have needed specific legislative intervention to abolish the practice?

[1] For one nineteenth century critique of Roman law’s approach to debt see: Bell, GJ. Commentaries on the Laws of Scotland, and on the Principles of Merchantile Jurisprudence, considered in relation to bankruptcy; competitions of creditors; and imprisonment for debt. 5th Edition. William Blackwood, Edinburgh & J. Butterworth Ltd, London, 1826, at book one, chapter one, page 3. See also: Bell, JB. Commentaries on the Recent Statutes relative to Diligence or execution Against the moveable Estate; Imprisonment; Cessio Bonorum; and Sequestration in Mercantile Bankruptcy. Edinburgh, 1840.

[3] Shakespeare, W. The Merchant of Venice. 22nd July 1598, at Act IV, Scene 1, line 228. See further: Keeton, GW. Shakespeare and His Legal Problems. A&C Black Ltd, London, 1930, at Chapter VI, ‘The Law of Debt in Shakespeare’, where it is noted at page 79 that, “many of the courtiers who attended the performance of his [Shakespeare’s] plays themselves hovered dangerously near the precincts of the Fleet.”

[5] Blackstone (ibid) notes that this interpretation of “de debitore in partes secando” is potentially problematic.