Colin Hendry has been declared bankrupt - gambling the cause? 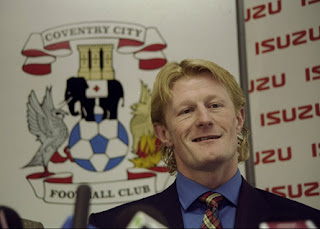 Our famous bankrupts list can be augmented with the addition of Scottish international footballer Mr Colin Hendry (pictured). The BBC are reporting that he has been declared bankrupt, owing, amongst other creditors, an online betting company. The story notes:

"Among the creditors was SpreadEx, an online betting firm. The company's barrister, Tim Gosling, said there had been no contact from Mr Hendry since the application for an IVO (sic).

No figures were given by the court as to what Mr Hendry is said to owe and no court documents were made available.

But it has been reported that former Scotland skipper Hendry faces a tax bill of more than £1m and owes thousands of pounds to other creditors.