Insolvency in the regions - a tale of two areas 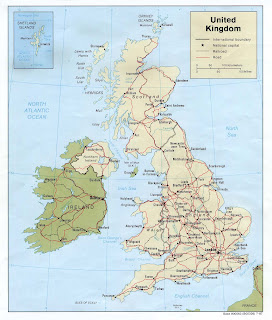 Two local newspaper stories on insolvency usage highlight the different experience of debt relief across the country. Bankruptcies have fallen in Kent according to one news story, whilst the picture in Wigan is more bleak. The Kent story carries an interesting Insolvency Practitioner (IP) observation. The story notes that:

"Chris Nutting, director of personal insolvency at KPMG said: "While these figures show an apparent decrease in the number of people filing for their own petition in bankruptcy the numbers do not reflect the true picture.

"A new procedure called a Debt Relief Order (DRO) was introduced in April, 2009, which allows consumers with debts of less than £15,000, and minimal assets or surplus income, to write off their debts without entering into a full blown bankruptcy.

"Our research shows that a percentage of these people would have previously used bankruptcy to resolve their financial problems.

"Adding the number of DROs for the three months ended March 31, 2010, to the number of debtor's petitions reveals that 21,992 people took action themselves to resolve their financial problems by seeking out a formal insolvency procedure.

"Comparing this to the same quarter last year it can be seen that there has been an overall increase of 31 per cent."

The Wigan Today story also carries an interesting IP quote on the drivers of usage. The story notes:

"Gill Wrigley, a Director at RSM Tenon Recovery in the North West, said: “The rise in the number of bankruptcy petitions in Wigan goes against the national trend but will come as no surprise to the many people affected by the downturn.

“Nationally, personal insolvencies have reached record levels and are expected to continue to rise, particularly as the effects of the recession continue to impact on peoples’ finances for some time after it has officially come to an end.

“The debt lag from Christmas, and consumer debt built up over a generation are to blame for these figures.

“For Wigan, that could mean that we see a total just under 2,000 personal insolvencies over the whole of 2010.

“Although the glass has started to look half full for the economy, it’s very much been drained of every drop when it comes to individuals’ personal finances.

“Months of job losses and decreased earnings has taken its toll on the public’s purse strings. We are likely to continue to see record numbers of people look to insolvency into 2011.”

Some interesting insight here from two IPs on the drivers of personal insolvency.